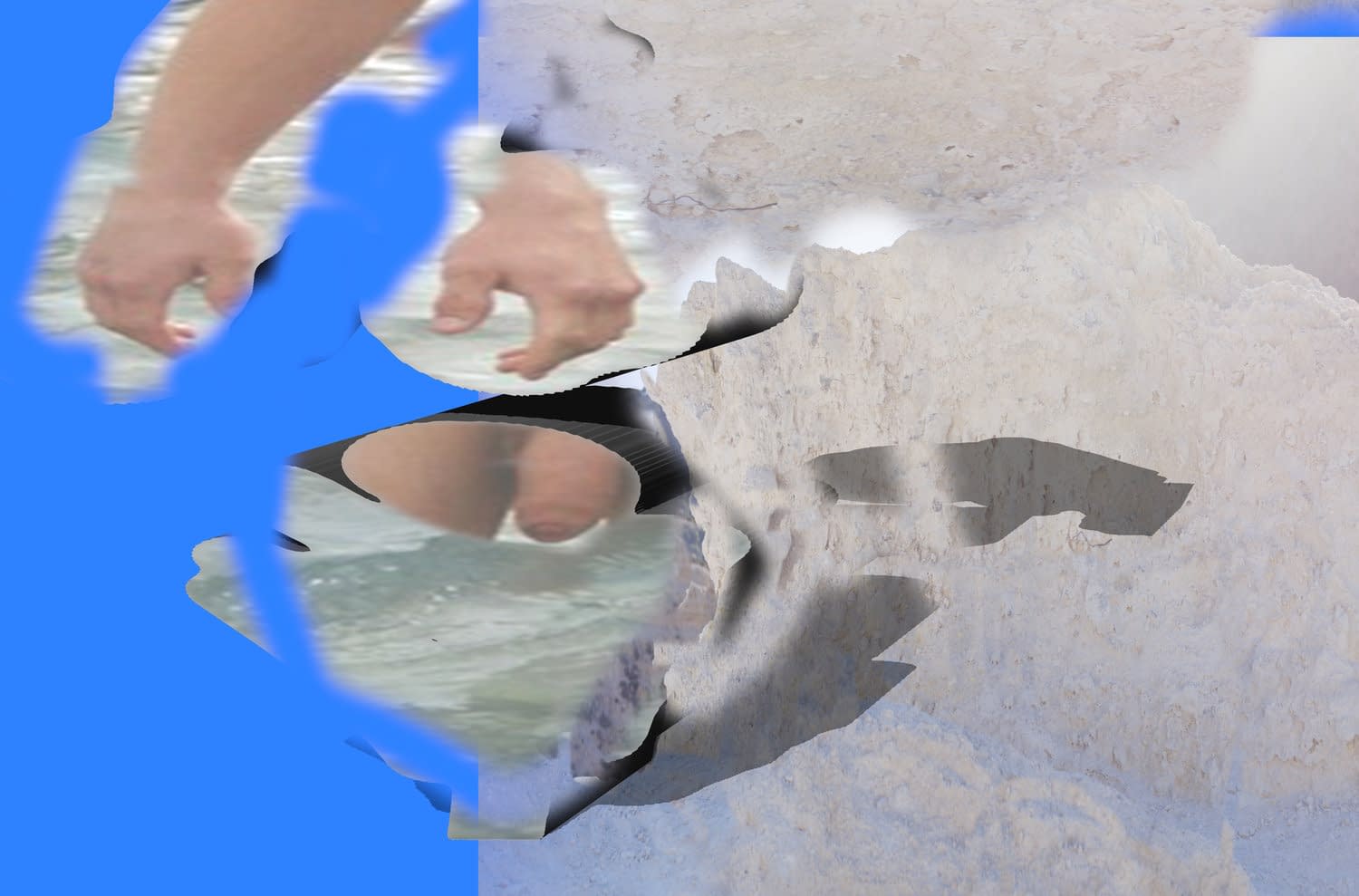 Prior to become a noun, the adjective “plastic” used to refer to the malleability of certain substances, that is, their quality of being easily shaped. Hence the expression “plastic arts,” sometimes used as a synonym for visual arts. It is by extension that the term progressively became a common name for the family of synthetic materials that have literally come to shape the contemporary world. By presenting works by eight artists exploring the creative potential of synthetic substances, POLYMERIC LUST acknowledges the etymologic and metaphorical bond between the material and the discipline. More precisely, the artworks address the significance of synthetic polymers today, albeit less as a mere material than as an indicator of humans’ need to process, contain and neutralize their surrounding environment in order to assimilate it.

A symbol of today’s ecological disaster, synthetic materials stand for the ultimate example of contemporary human society’s efforts to keep a nature considered alien under control. The paradox however, is that not only does plastic harm our surrounding environment at a macro-biological scale, but, at the same time – while seemingly maintaining a sterile bubble around us – it actually also contaminates us at a micro-chemical level. These virtually indestructible molecules are gradually pervading the whole organic world, including our bodies, and are already set to leave an everlasting trace at a geological scale. And yet, with recent technological developments from bioplastics to synthetic skin tissue, the line between the artificial and the natural is becoming increasingly blurred. The growing awareness of this hybridized reality is now challenging the modern utopia of a world under vacuum. At the intersection between these two outdated categories lies the human body: it epitomizes the blending of the organic and synthetic realms, a movement of mutual absorption which characterizes our biological order. And so, just as plastic is, for better and for worse, ubiquitous in our lives, the human body is omnipresent in negative in the exhibition, like the imprint of a head on a pillow, or the lingering smell of someone who was there an instant ago.

In a world of 3D-printed organs and biodegradable supplies, it appears urgent to formulate a new holistic framework to define the relations between animated and unanimated, human and non-human, organic and synthetic organisms; a framework that would base its systemic approach on the permeability of membranes, the porosity of bodies and the symbiosis of substances rather than on a hermetic taxonomy of species and matters. The works in POLYMERIC LUST invite us to reconsider the traditional ontologies of our obsolete dogma and to revise the simplistic dualities that allowed us to forget that we too are part of this ecosystem. 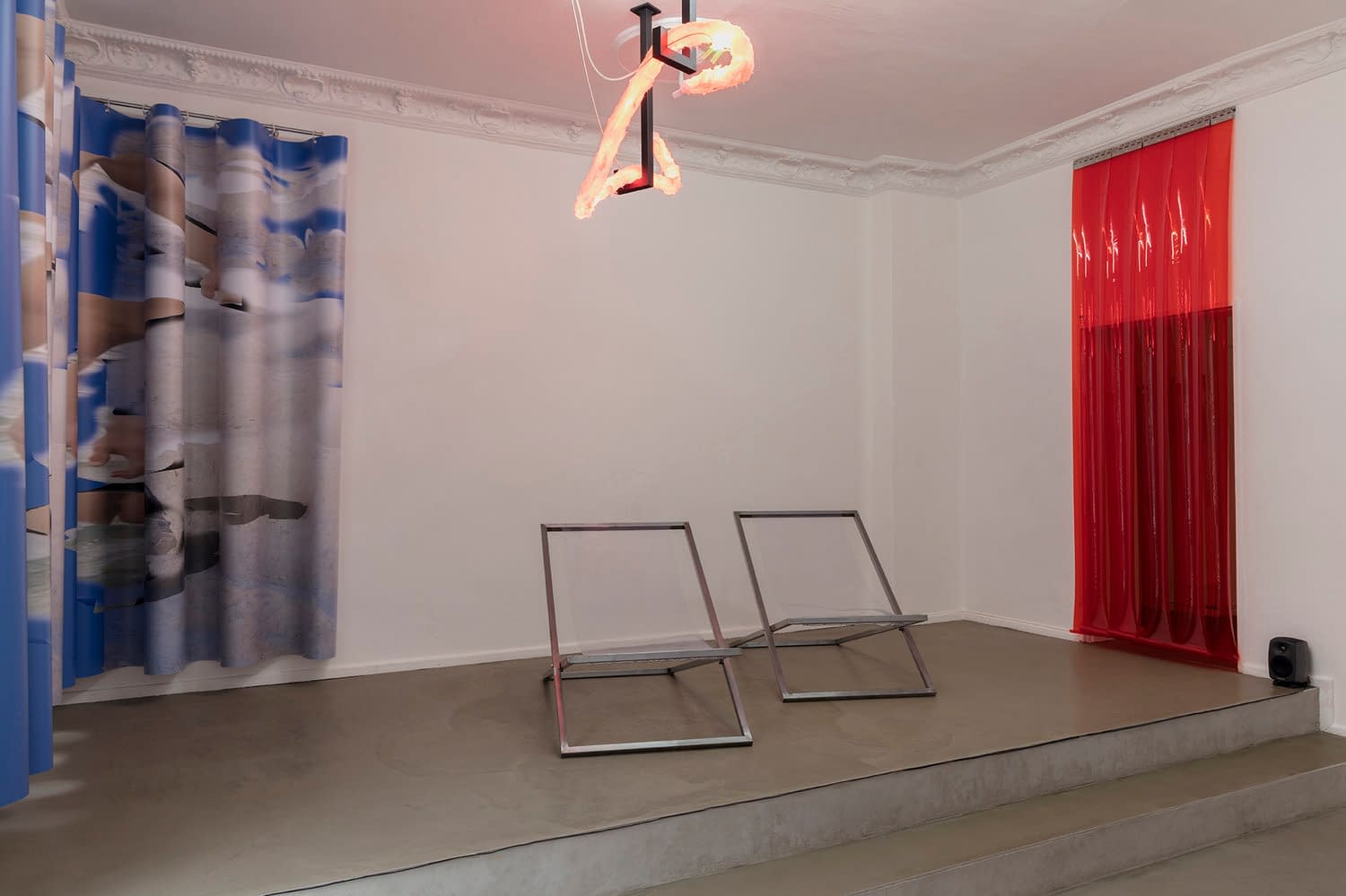 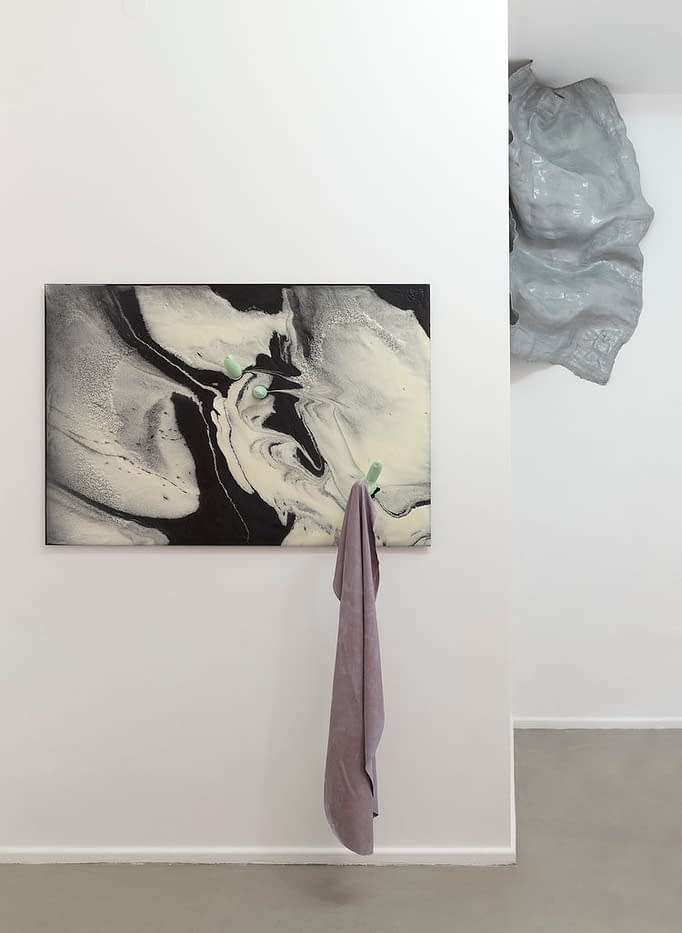 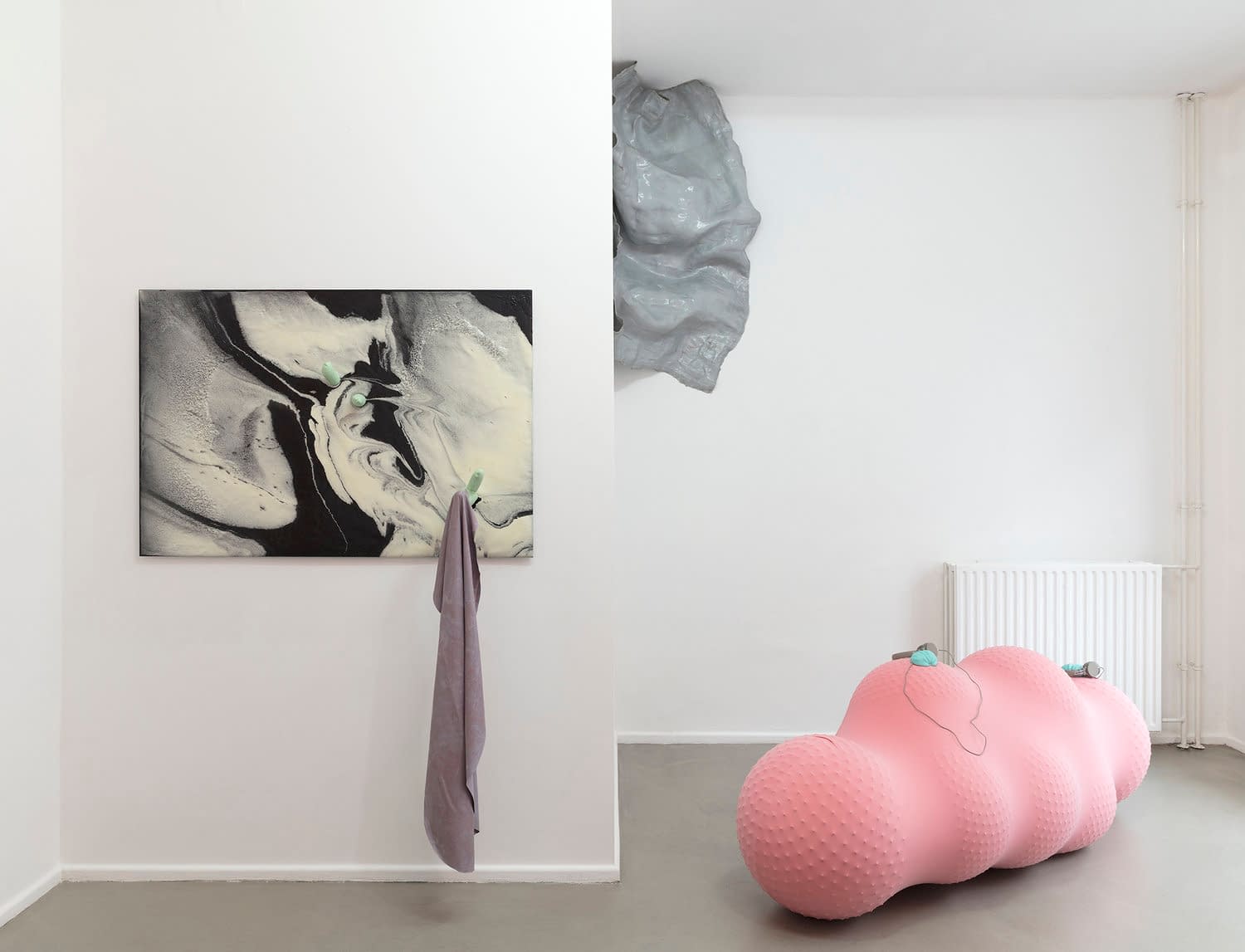 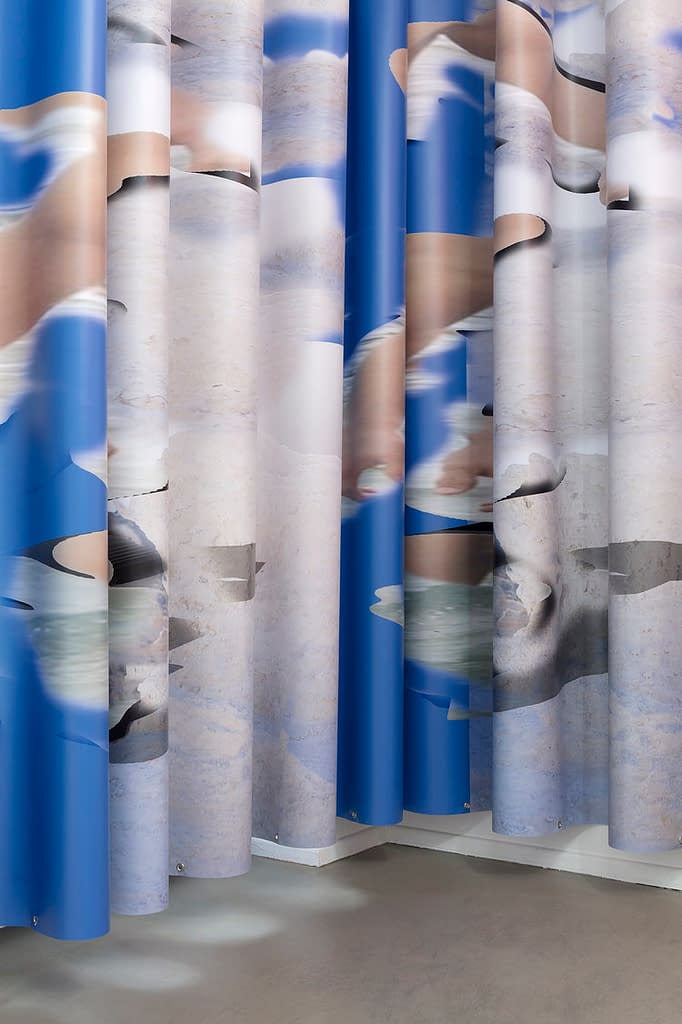 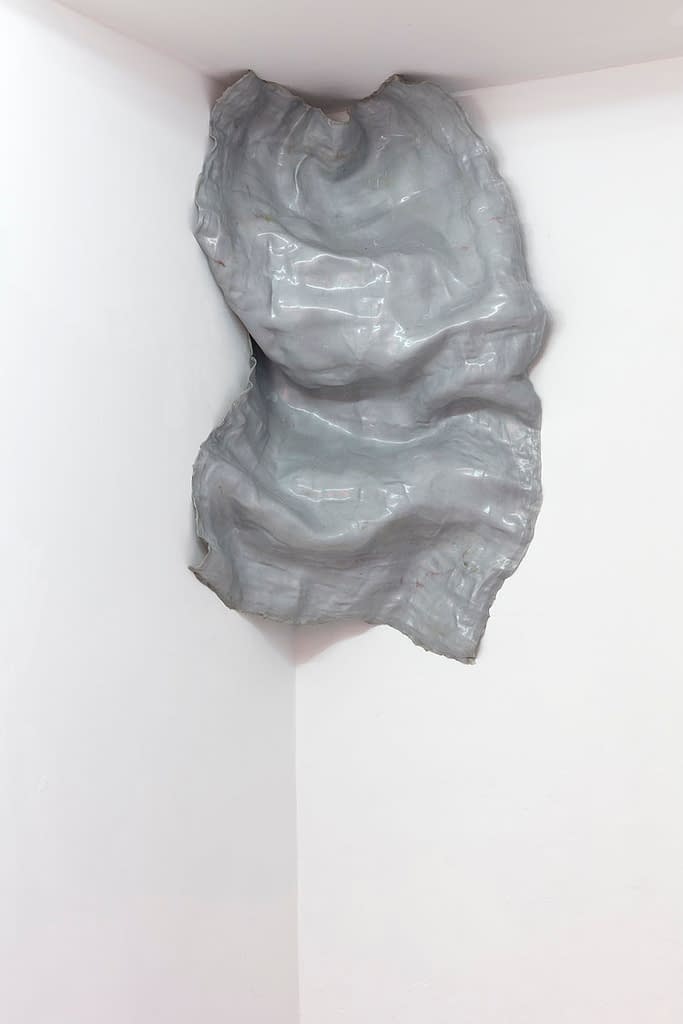 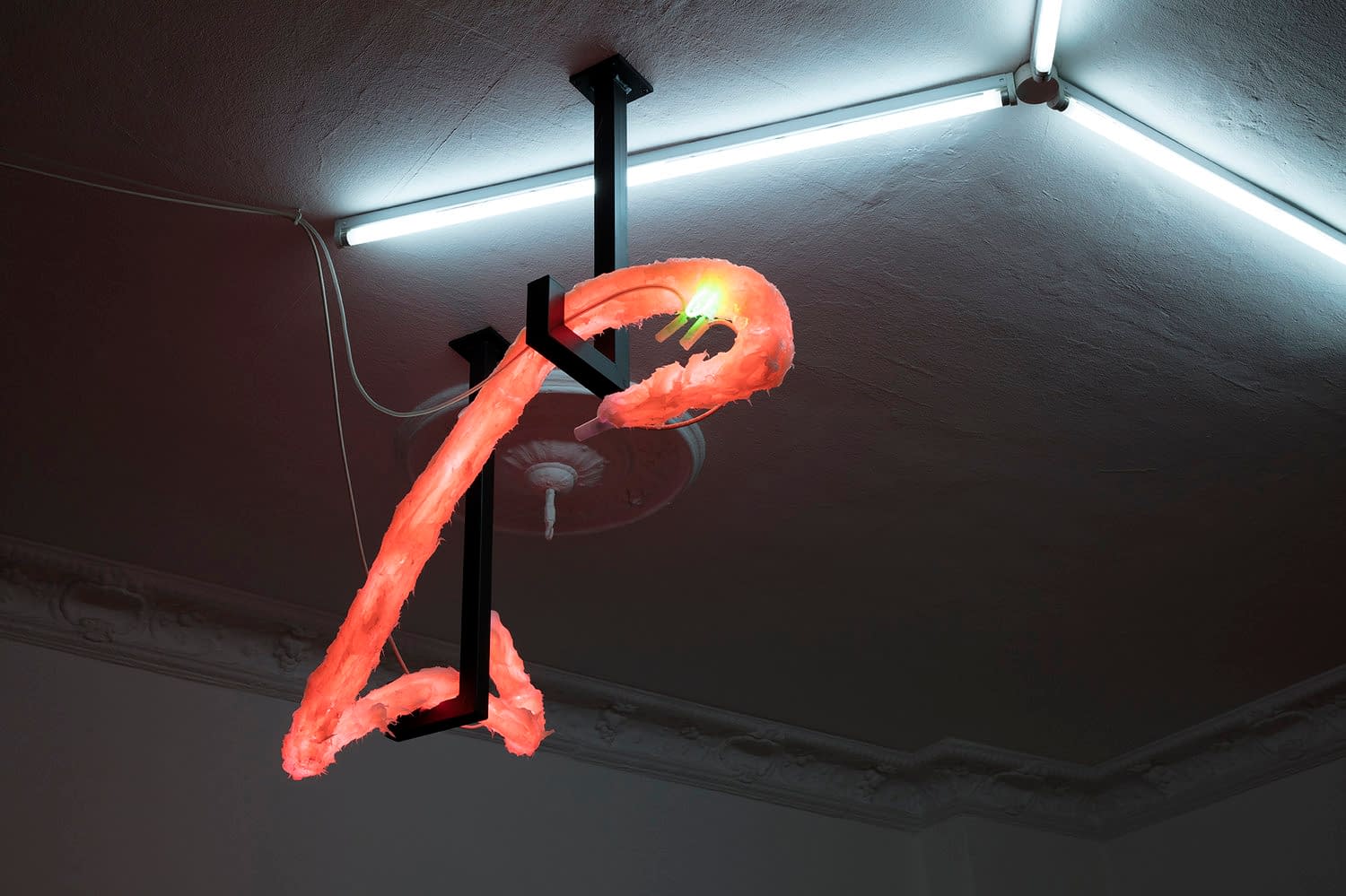 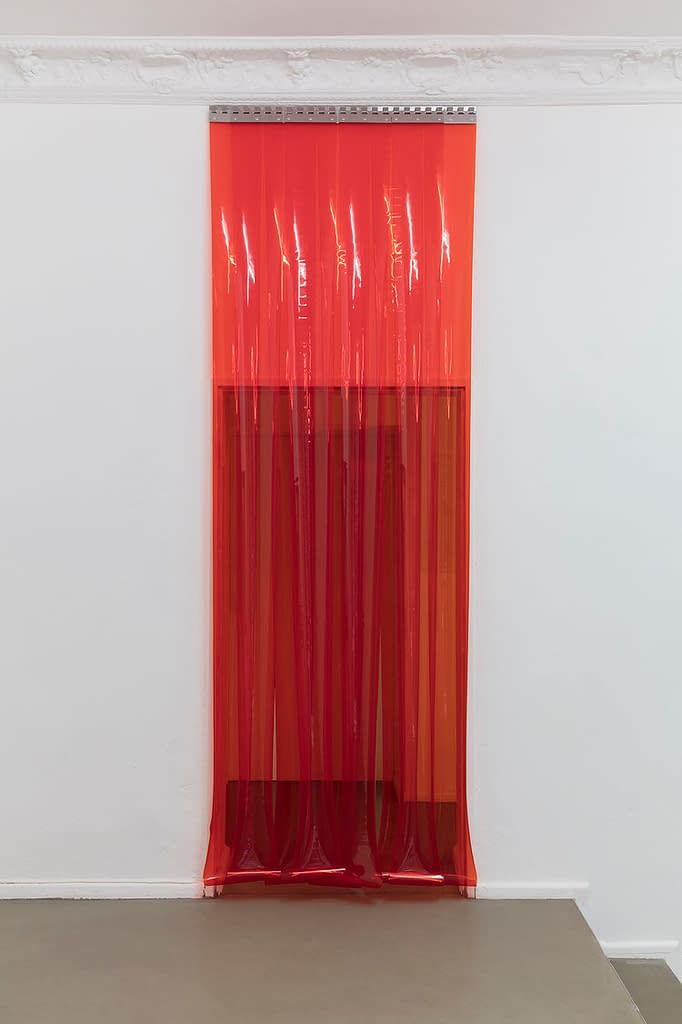