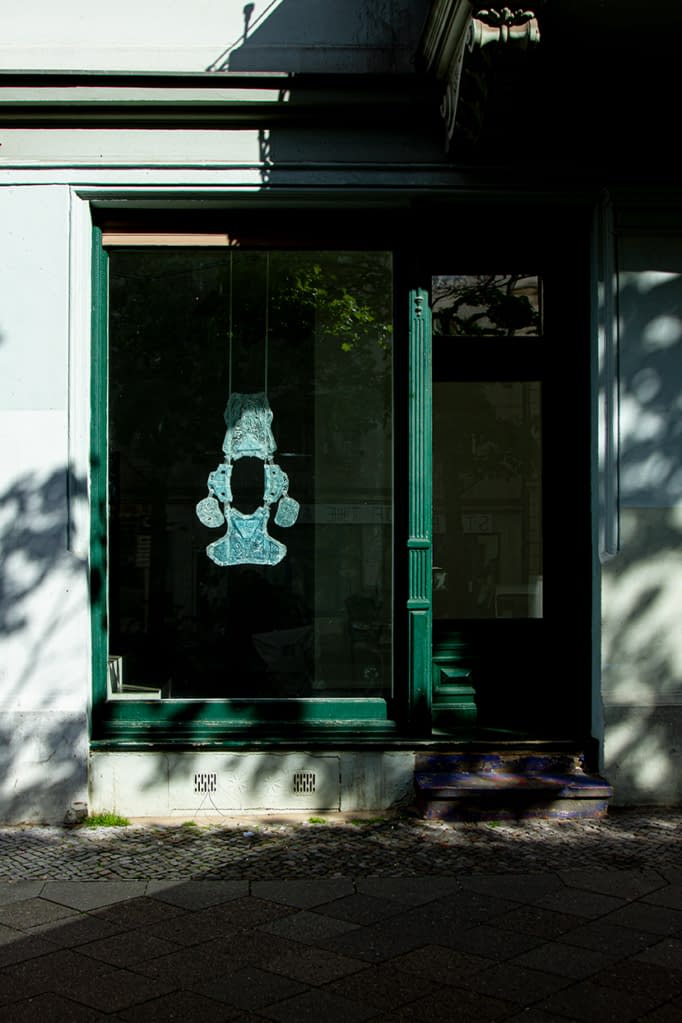 Solo is an expanding exhibition initiated by Johanna Landscheidt & Lola Göller and using the window cases of closed shops during the covid-19 lockdown. Display provided its showcase for “CARAPACE I & II” by Constantin Hartenstein part of the chapter 3: buttocks. And we wrote a few thoughts to accompany the work “Polymere Entspannung” by Jeschkelanger at Café Luzia in Berlin and part of chapter 2: #stayathome. The featured projects are installed in vitrines and intended for the neighbourhood, for passers-by to look on the way to, from outside and online: www.solo-solo.eu.

chapter 3: buttocks
There we sit and our butts flat with bumblebees in the ass. What to do? Sports! Fitness in front of the mirror, in front of the camera, Zumba with friends in Brazil on the Internet, jogging on the canal with a safe distance in the zigzag run. We strengthen ourselves and steel our body and brain. There we stand and soap and spray, hands dangerous, mouths even more, vulnerable across classes. We then sit fragile and our asses flat and smile into the worldwideweb: please send nudes to please me. (text by solo) 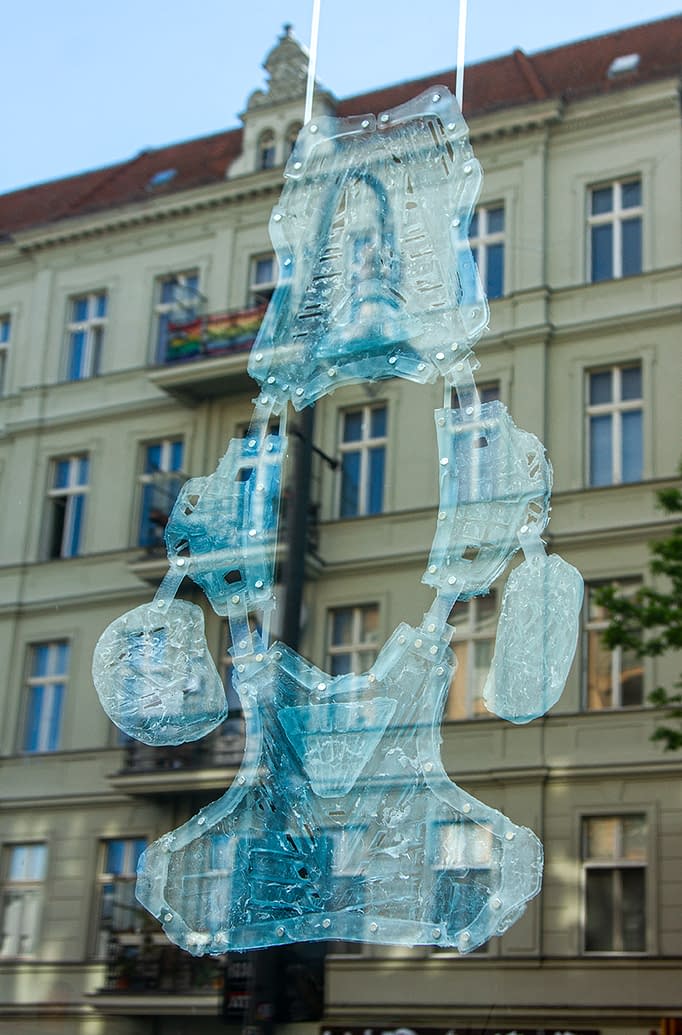 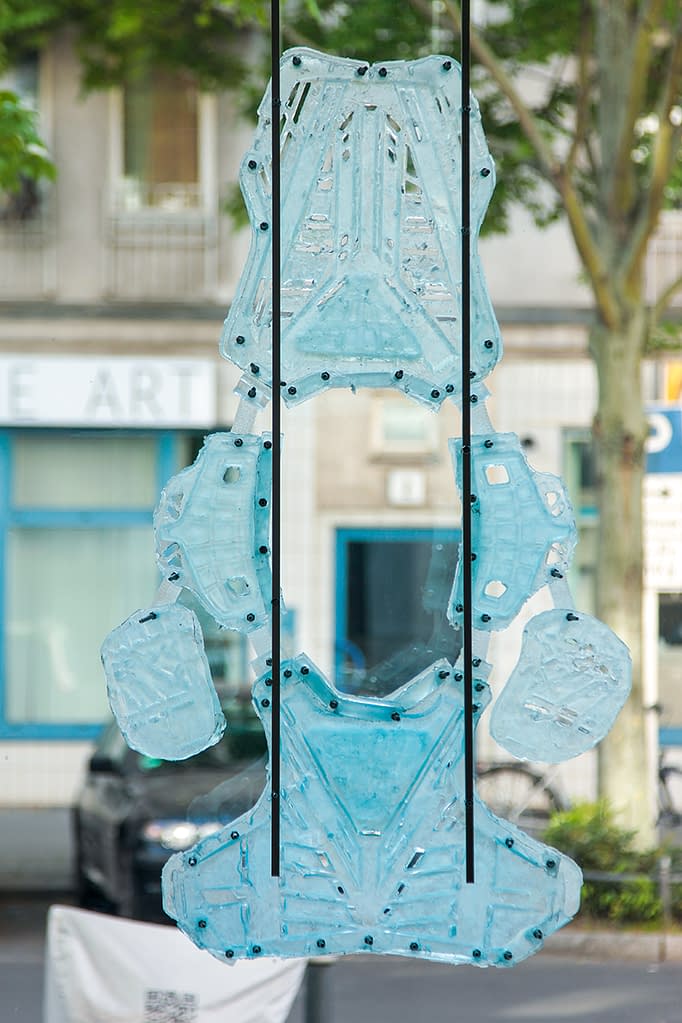 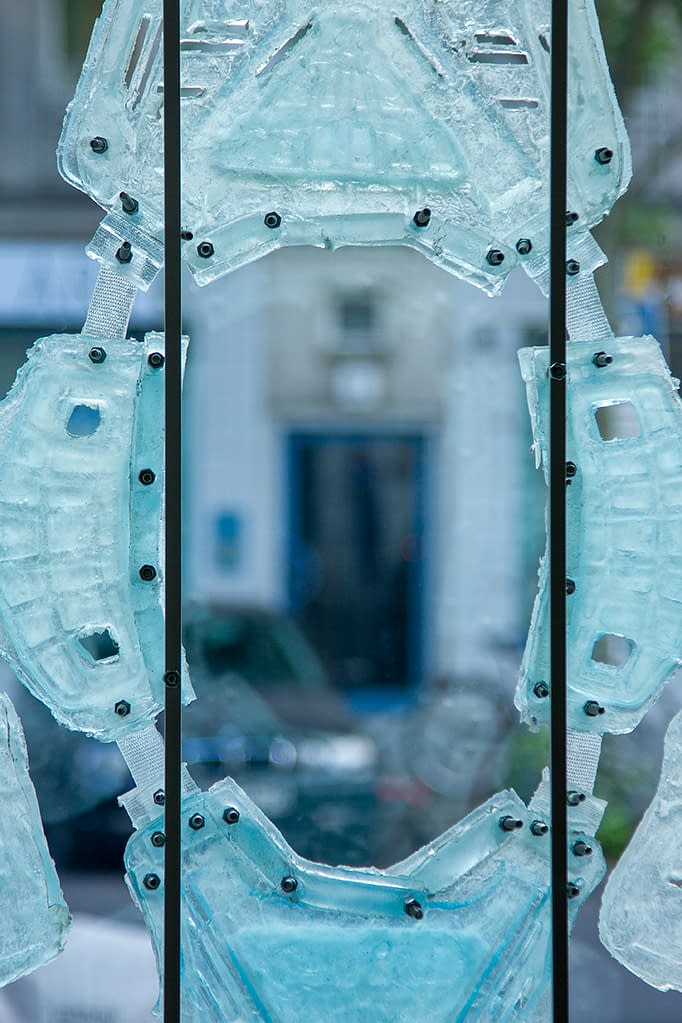 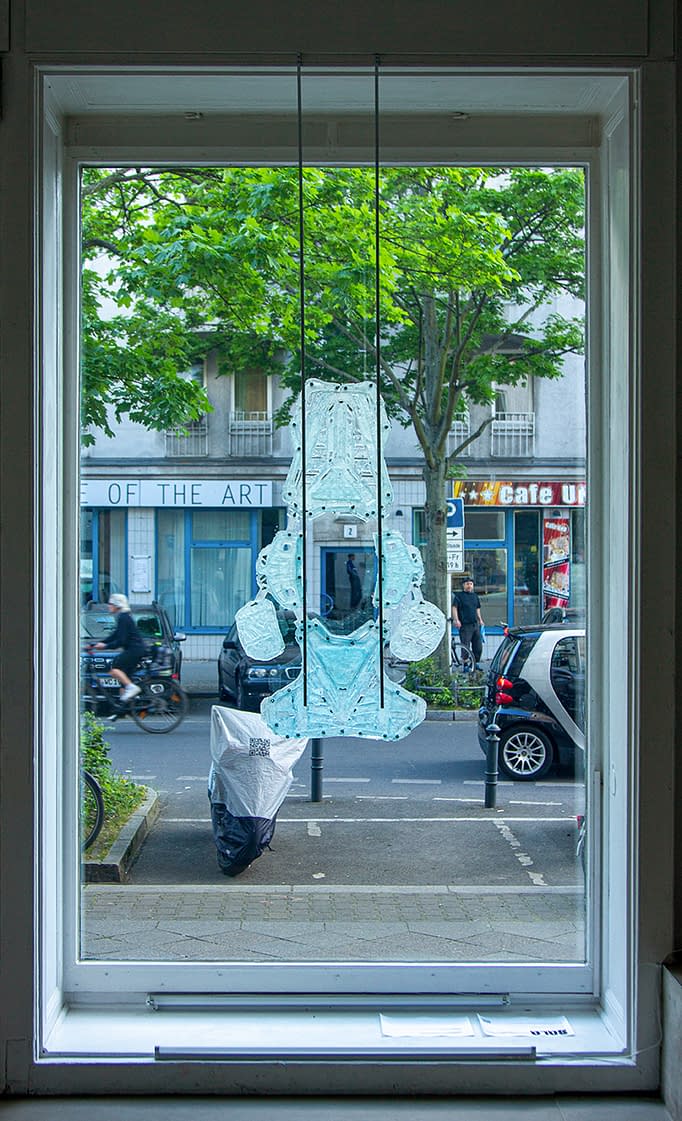 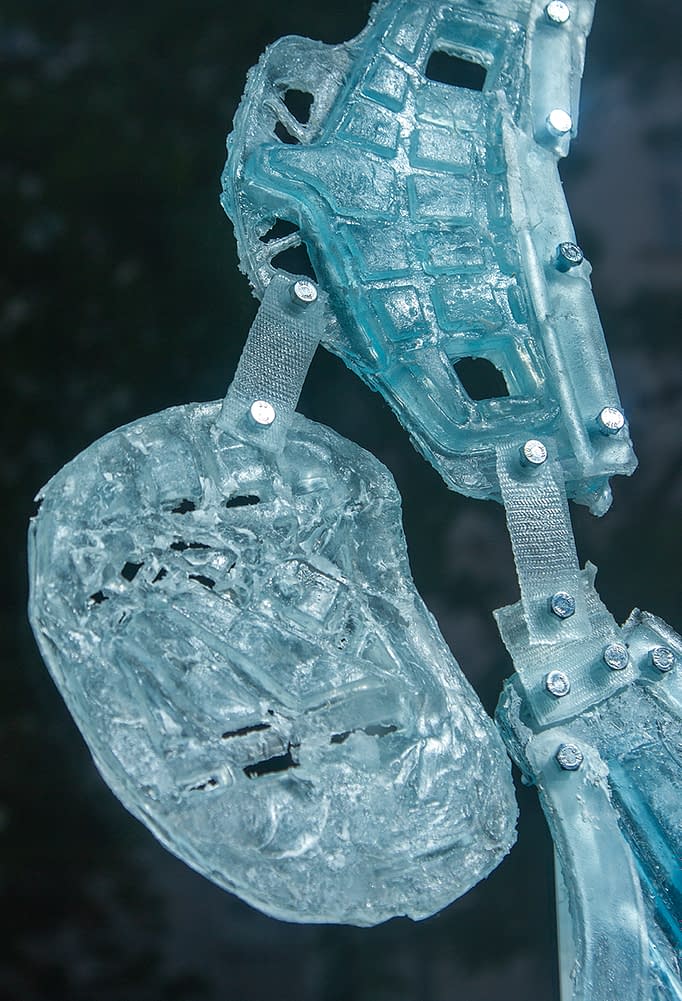 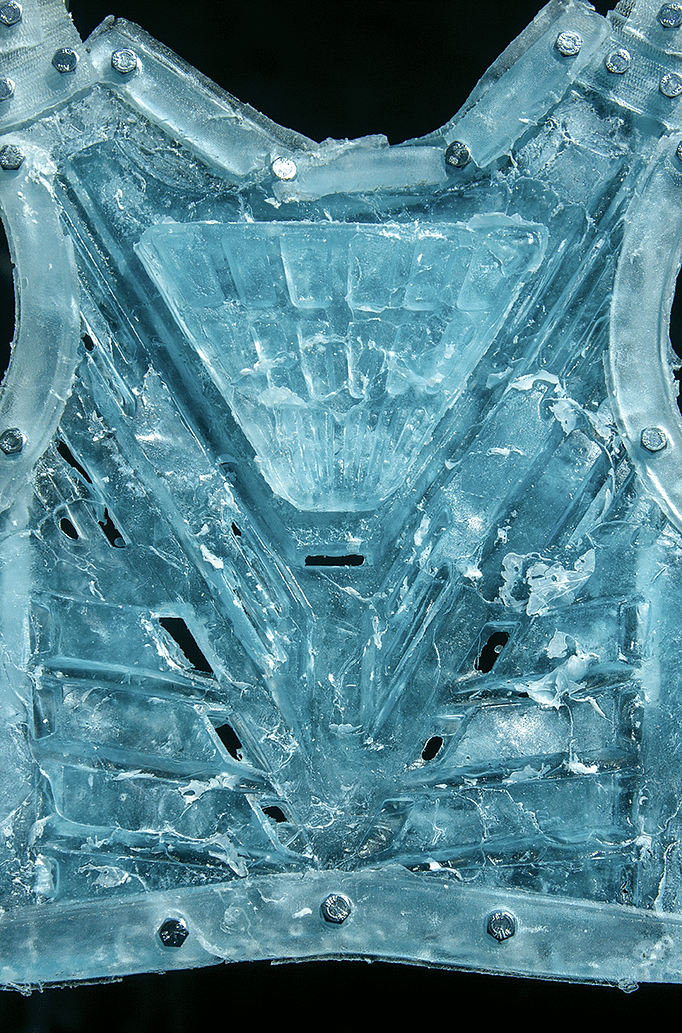 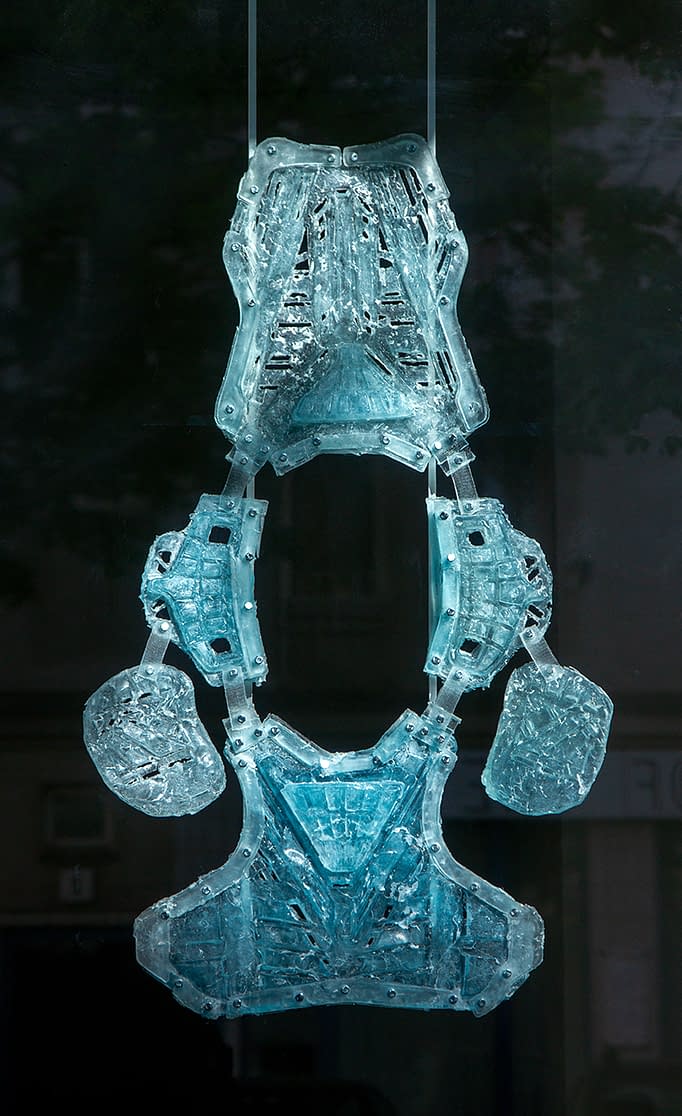 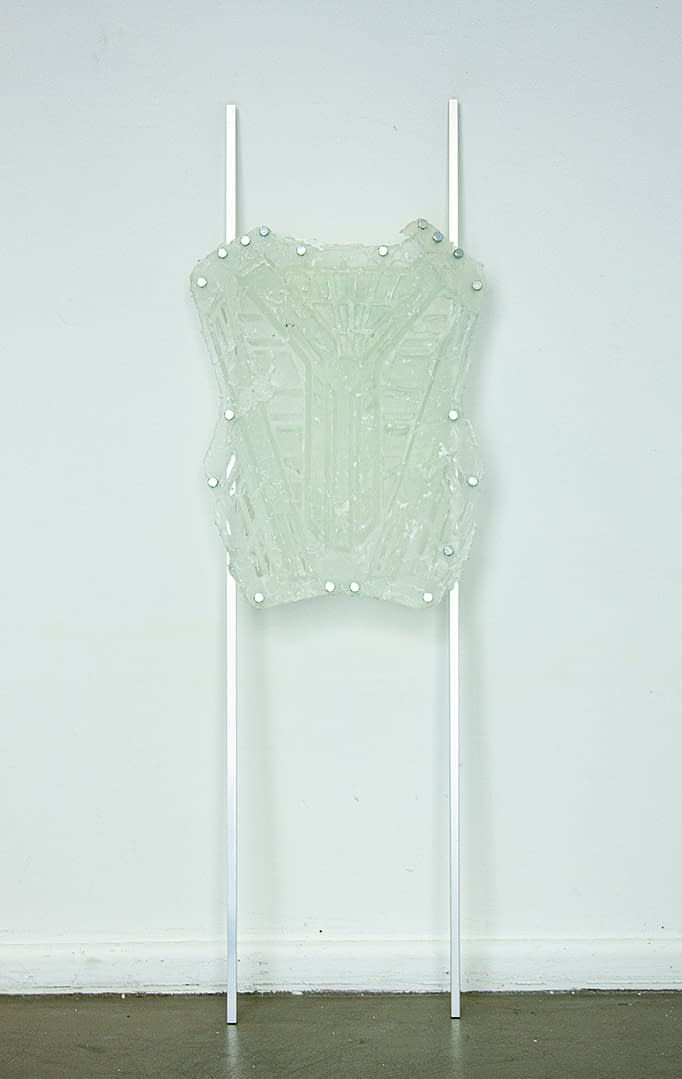 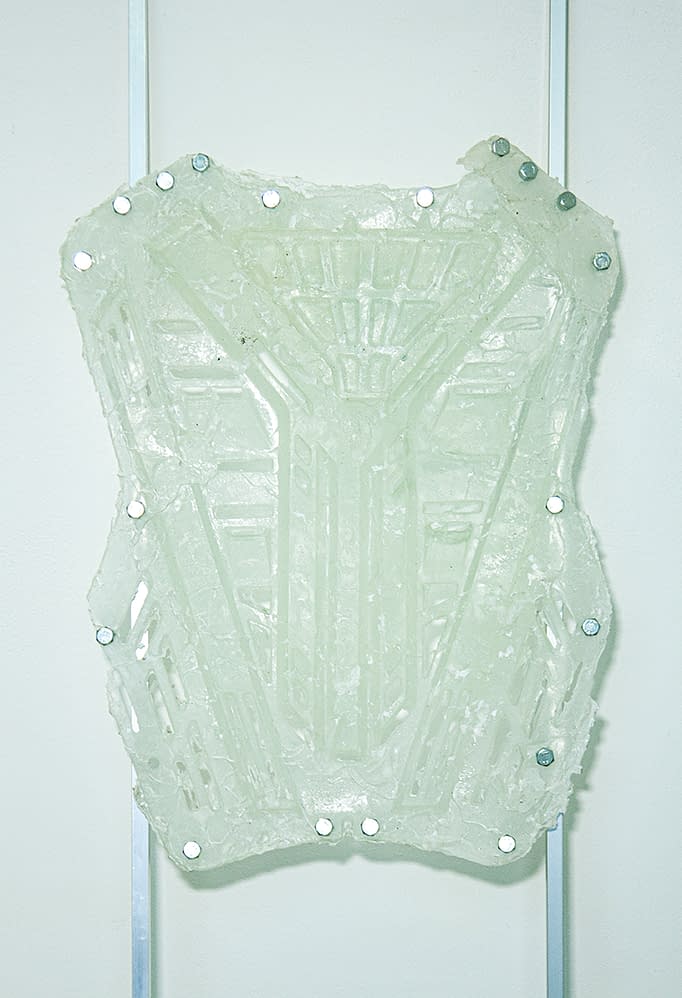