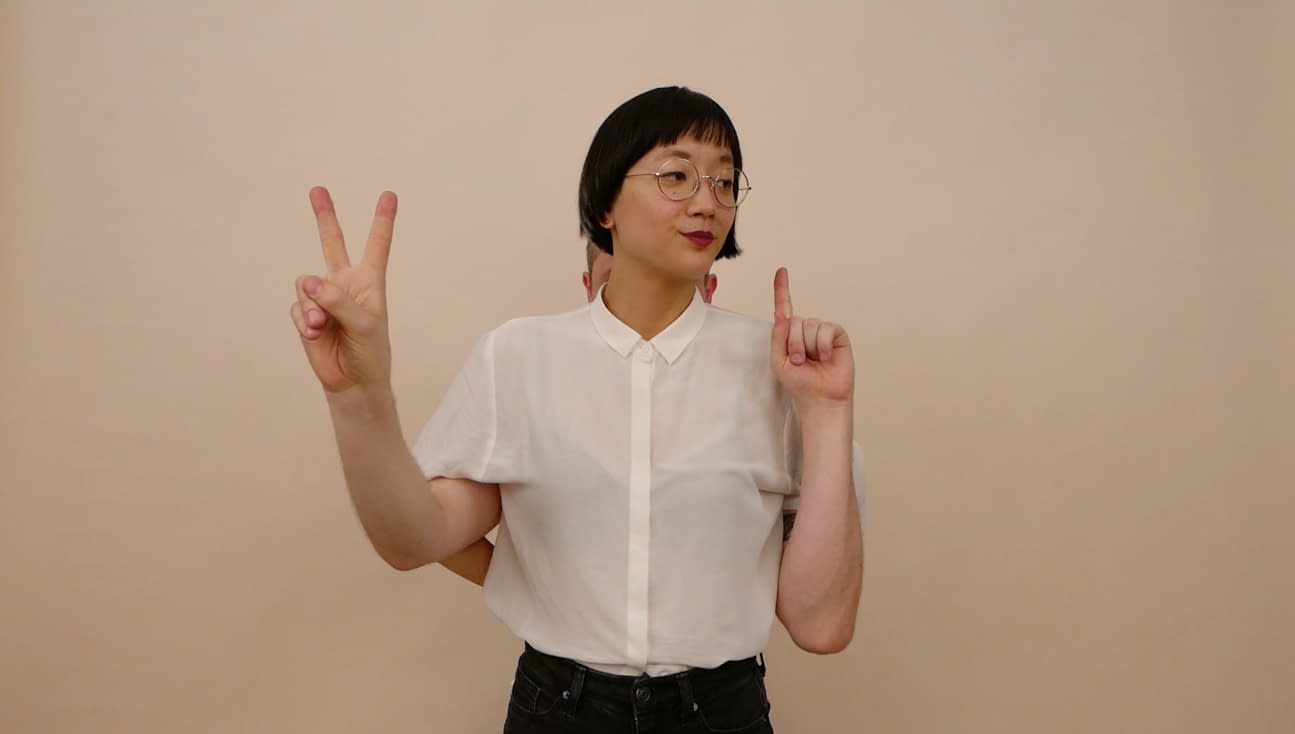 DISPLAY features two artistic positions: the duo Christine Sun Kim and Thomas Mader with the very recent video Classified Digits and the duo Carrie McIlwain and Johanna Ackva with their renewed performance Women and Watery Man, invited for a ritual. INDEX wishes to point towards a dialogue between the parties, including the audience, to explore and rethink the production of saying and showing personal intentions, within the codifications of language. This is a trail that leads to the negotiation of our physical presence in the ways that we communicate or mis-communicate. INDEX is part of the Project Space Festival, Berlin 2016, which invites visitors on a month-long trip through Berlin’s independent art scene. During the Festival, 30 Project Spaces will open their doors for a new event occurring every day of August. Each participating space will realize one event within a 24-hour period. The program of the festival is as diverse as its participating project spaces: planned events include performative city tours, one-day-only exhibitions, and culinary get-togethers.

Indexes that either allow or inhibit the establishment of communication exist in both signed as well as spoken languages. Some differ radically depending on a variety of social, economic and geographical factors while others are universally understood. Seemingly small and fleeting gestures can determine a sense of affiliation or a feeling of rejection. In American Sign Language (ASL), a language in which nuances like face markers (eyebrows, lip movement, etc.) can radically alter the context of one sign or re-contextualize meaning entirely, the commonly recognized hand shapes that are typically used to show different classes of things, shapes, and sizes are called “classifiers.” The index finger is a classifier for “person”. This single finger is enough to identify every possible individual and for us to identify with it. It is a placeholder that can be manipulated at will. For “Classified Digits” this finger will be hurled into a series of awkward yet commonly experienced social situations by Christine Sun Kim, a native ASL speaker and Thomas Mader, an ASL learner.

For this exhibition, the artists pursue their practice of bathing and talking together. Fluid conversations arises about cultural and personal histories and reflects upon:  What can be said?, Who has spoken? and How the speaking about of bodies, gender, and hygiene manifests shame and paradoxical limits?.  The bath as a site of intimacy spills into public and audience space, through the invitations to eat, witness and listen, while the conversation floods to a physical and sound communication within the space. The video shown after the night of the performance contains fragments from the hour-long baths which they took in the kitchen with their guests, invited to share the same bathwater but also their thoughts and ideas. It is displayed in the bathtub that has hosted these voyages. Guest list: Florian Feigl, Juan Felipe Amaya Gonzalez, Josephine Brinkmann, Max Hilsamer, Zwoisy Mears-Clarke

Carrie McIlwain (US) and Johanna Ackva (DE) born in the 1980’s from different yet equally beautiful mothers, met during each of their second BA studies at the Hochschulübergreifendes Zentrum Tanz (HZT) in the Dance, Context, Choreography program.  They have since worked on a number of commingled projects. In The Agreement – An Effort of Collection (Uferstudios 2014), and a second version [dry title] (Hamburger Bahnhof 2015). They worked within a larger group of collaborators to make the often elusive or invisible aspects of art and labor visible for spectators via the production and collection of sweat from each others bodies.  In a continued questioning of togetherness and individuality, they instigated the regular open meetings, which became known as Anarchy practice group (2015), an aspect of which is the ongoing band practice (Schrieking Holes) which has ultimately led the two into a practice of sharing the intimate space and ritual of bathing.  Women and Watery Men (Uferstudios 2015) invited the audience to partake of their bath water consisting of vegetable soup while also sharing the space of their conversation.  In which they discuss an Ancient Greek notion of femininity as a leaking, polluted and border-less matter, the discussion bleeds from theoretical concerns to personal and emotional concerns about the codification of bodies.  This project was most recently a part of the Sweet Peep Salon. 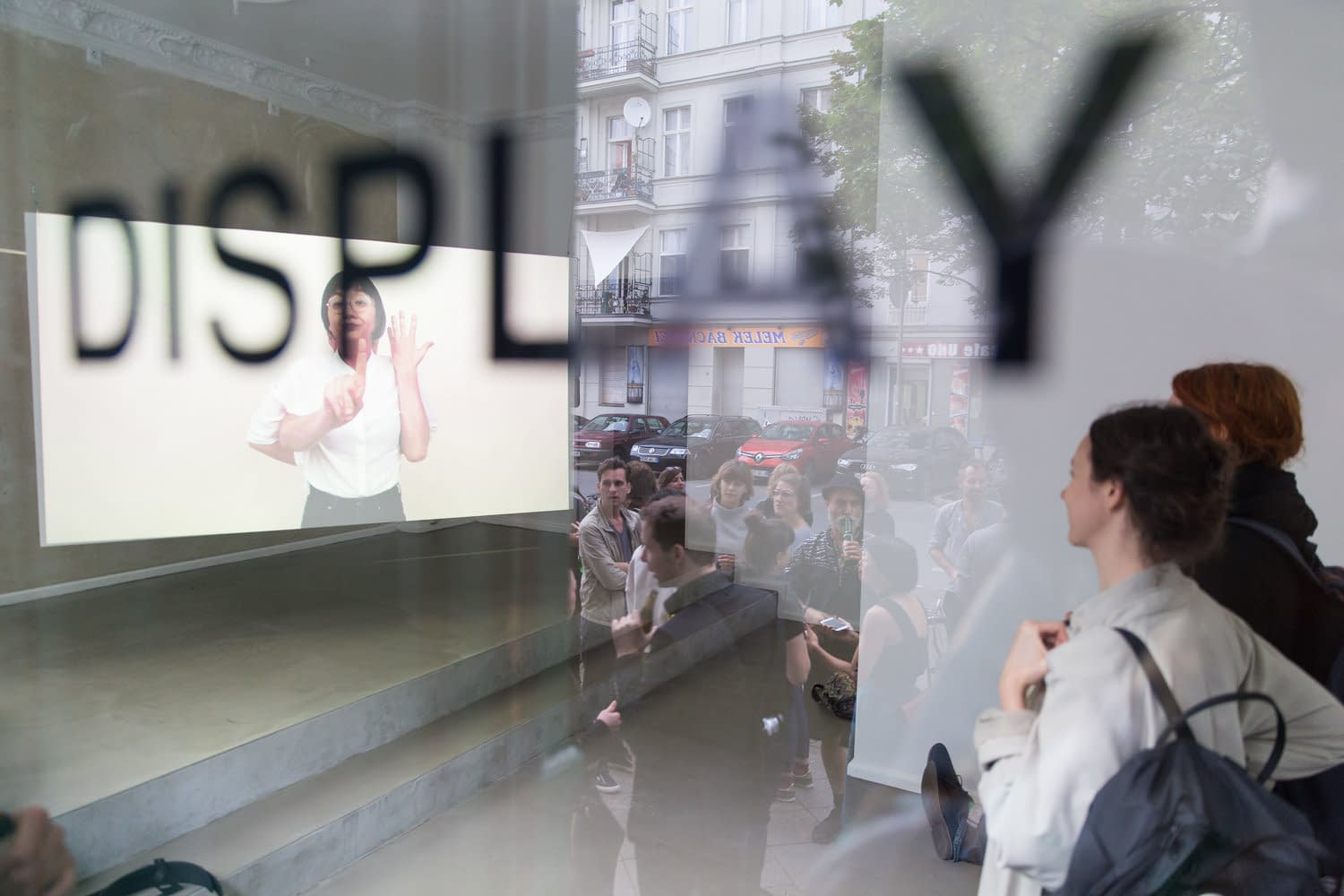 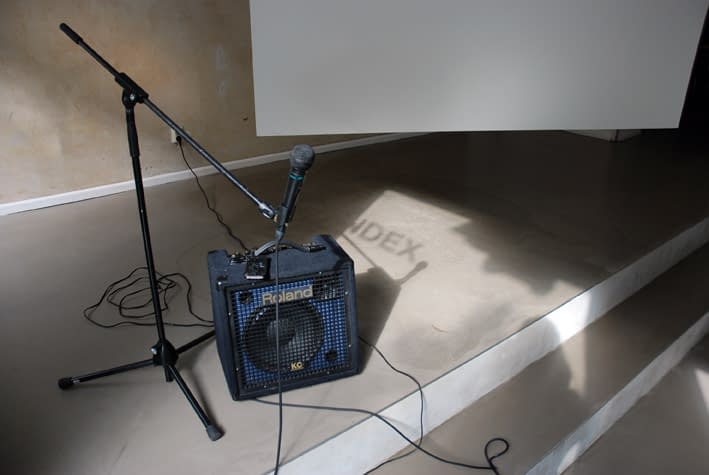 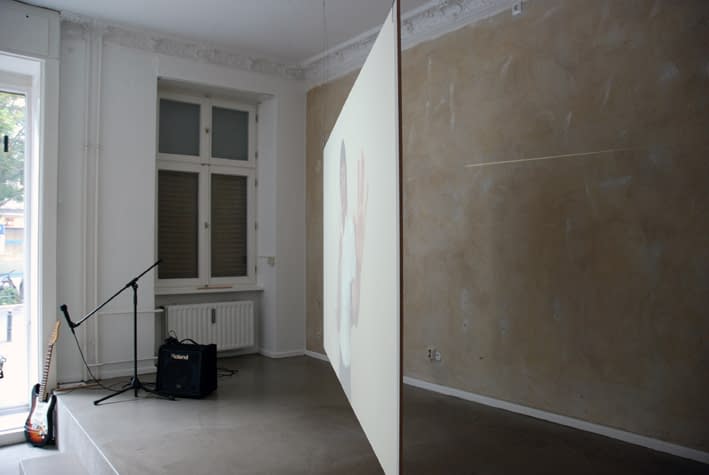 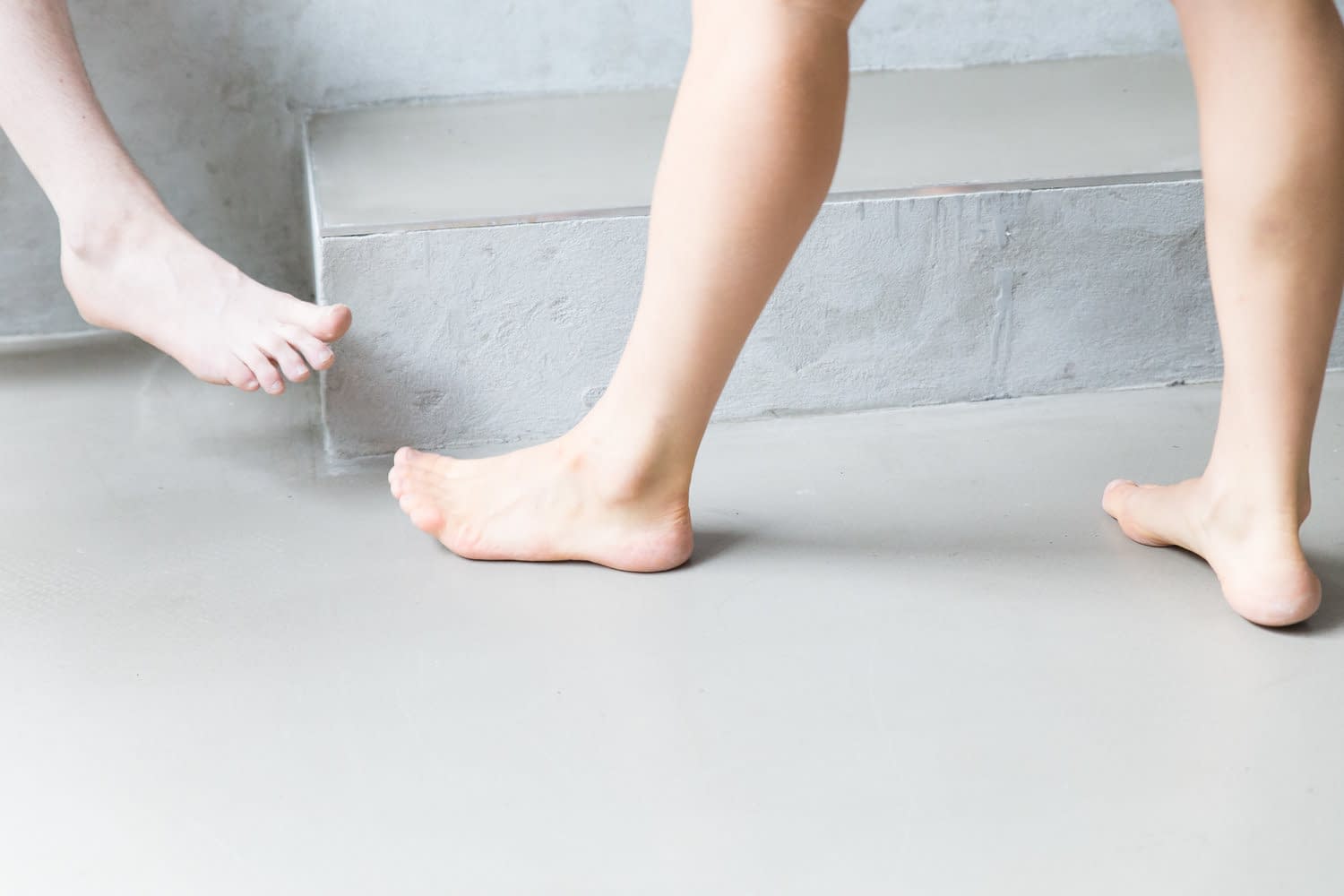 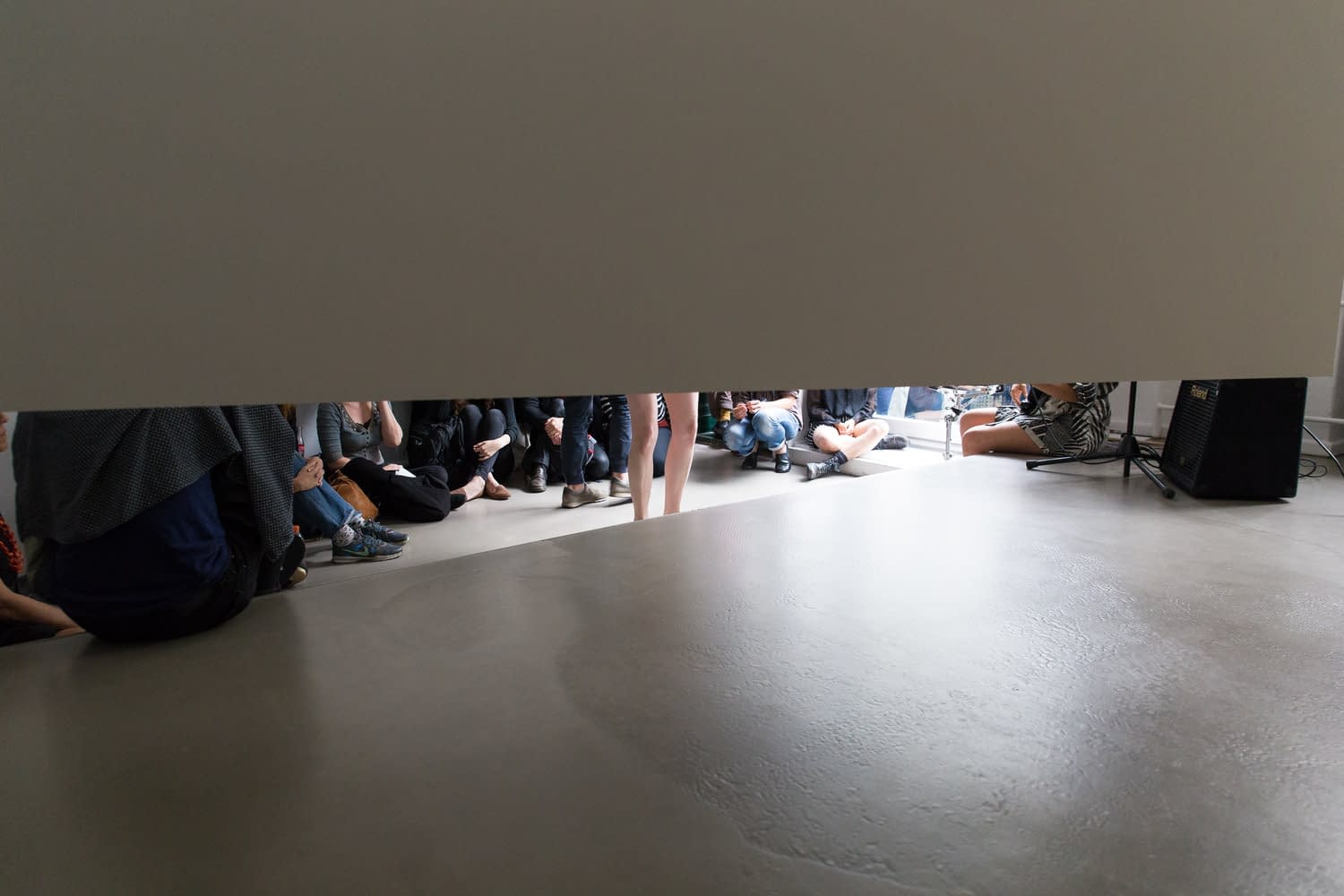 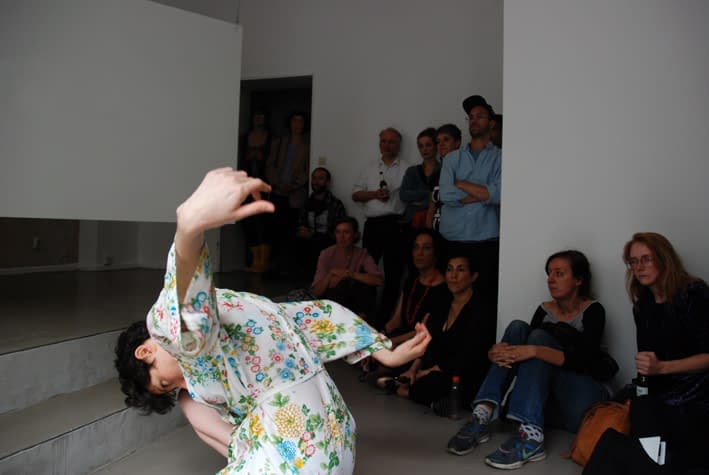 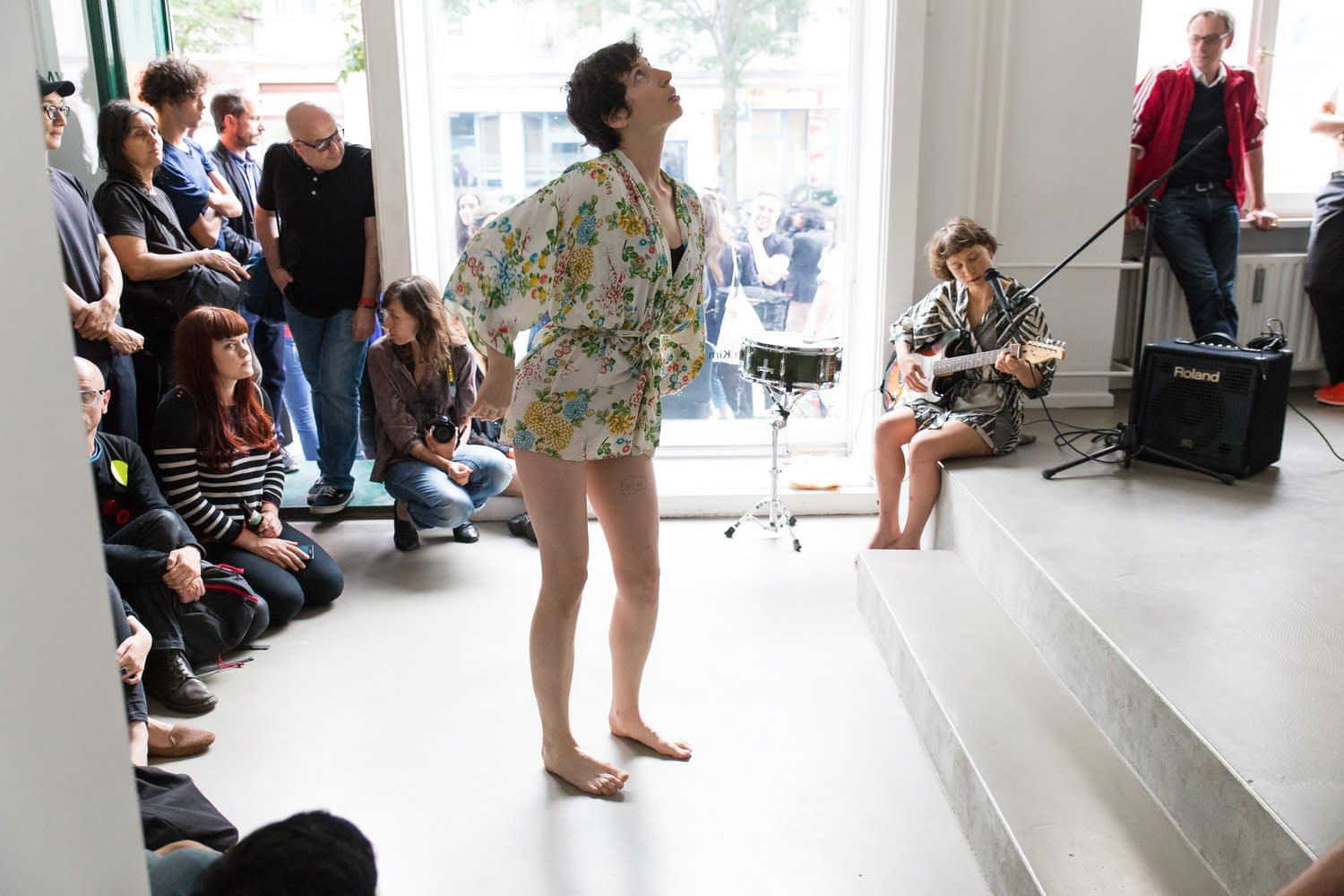 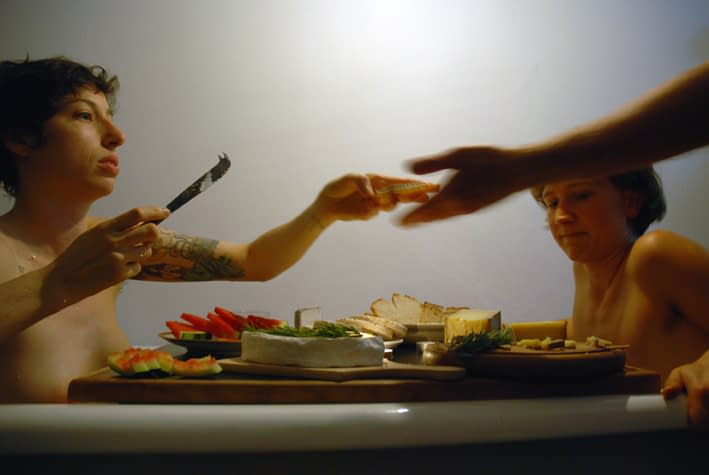 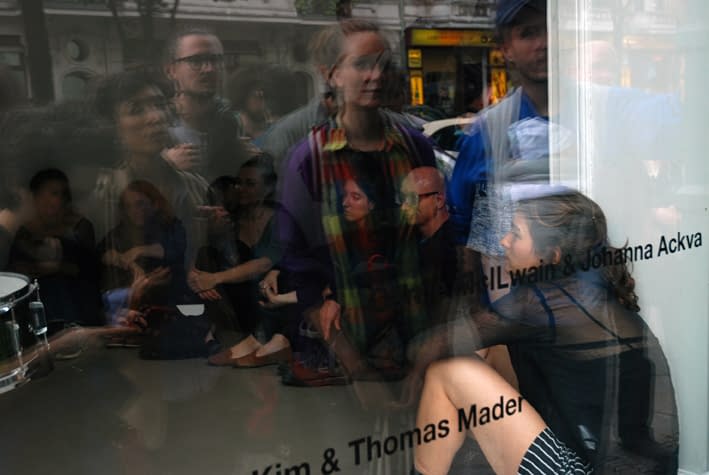