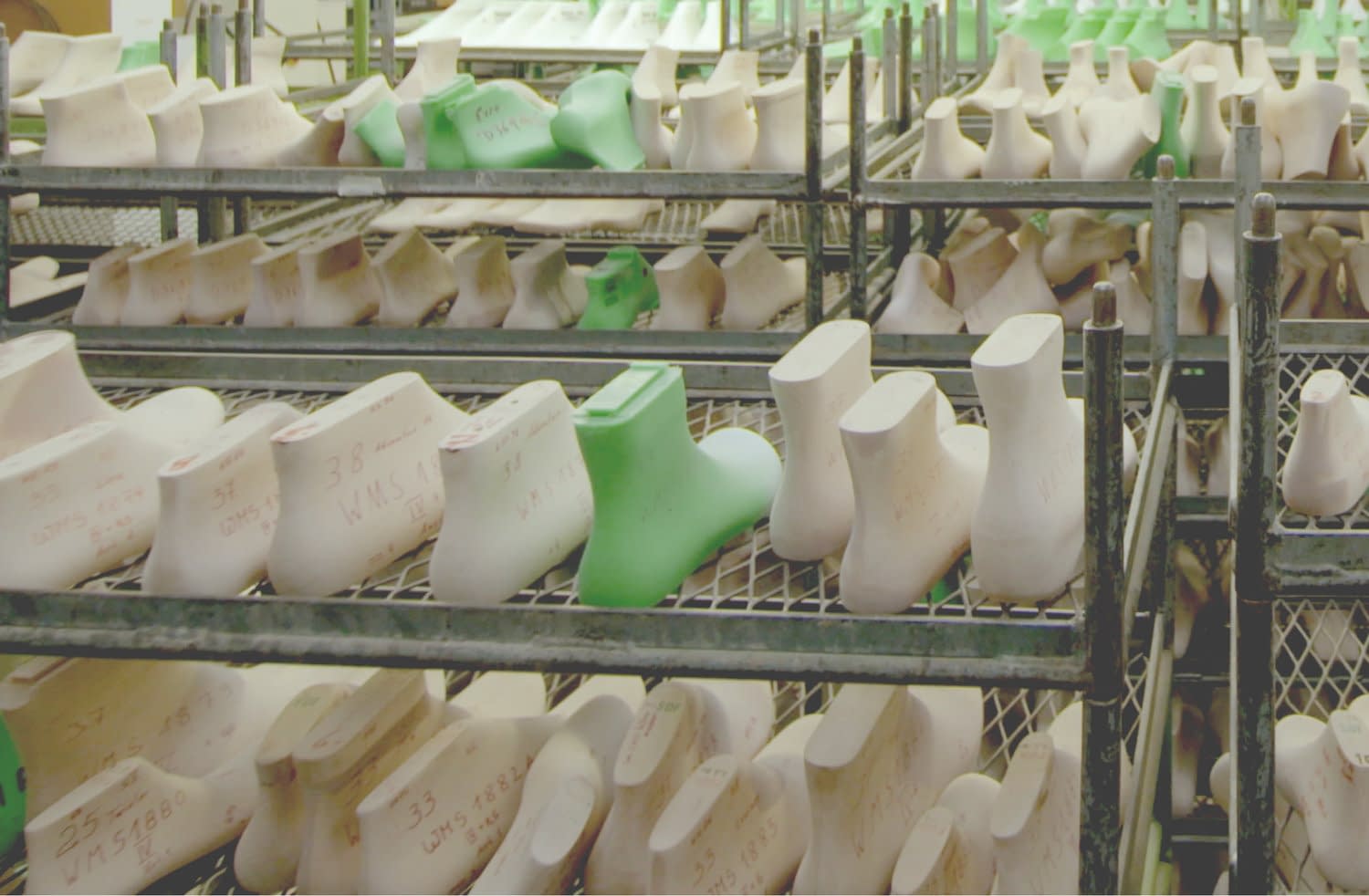 Ben Thorp Brown’s Gropius Memory Palace is a meditation. The film starts in darkness. A male voice asks viewers to focus on breathing, guiding us step by step to focus on our body, on the here and now. Slowly the view opens to a series of historical photographs, carefully taken from archival folders by a white gloved hand. The photographs show the Fagus factory, located in the small German town Alfeld. Completed in 1911, the factory is one of Walter Gropius’ earliest designs. The archival material is followed by stunningly seductive architectural shots of window fronts, spiral staircases and historic factory halls. Thorp Brown leads us from the famous glass curtain wall to the interior of the factory. The male voice in the background speaks about the architecture of the building, of its history and what distinguishes it. The Fagus factory is still in use, manufacturing shoe lasts – „a wooden shaped foot, used in the production of shoes.“ Shots of this peculiar and at the same time unusually aesthetic, almost nostalgic object appear throughout the film, forming a strong contrast to the building’s strict, clean lines.

The voice-over breaks off suddenly as a man appears behind the glass window of the factory. The subsequent footage of contemporary factory workers on high-tech machinery and computers is accompanied by a soundtrack by Gryphon Rue, featuring instruments ranging from a musical saw to historical recordings from the 1910s. Harmonizing with the sounds of machines, the ambient music evokes different historical and technological moments of the factory. Here, too, the old-fashioned shoe lasts form a clear contrast to the modern machines. As so often in Thorp Brown’s work, this contrast does not feel threatening, but rather like a peaceful and somehow natural juxtaposition. The title of the work refers to an ancient technique in which existing architectural structures are used as mnemonic devices: by linking rooms of an actual building with certain memories, those memories can be accessed via an imaginary passage through the building. In his film, Thorp Brown asks the viewers to use the Fagus factory as a personal Memory Palace, connecting their imagination to an external icon of modern architecture.

At Display this connection between the physical body and architectural space is amplified through the ramp, a custom furniture system that positions the body of the viewer both in the filmic space and in the actual space. Also on view is a series of sculptures, which contrast the clean lines of architectural modernism with protruding bodily forms captured in glass.

Ben Thorp Brown’s Gropius Memory Palace is a meditation. The script was developed together with hypnotherapist Daniel Ryan. It is Ryan’s voice that guides us through the film. Accompanied by exceptional cinematographic architectural shots, the film creates a network between human body, machine, object, archive and architecture. This network draws a picture of our society – how we have become who we are, but also who we can be. 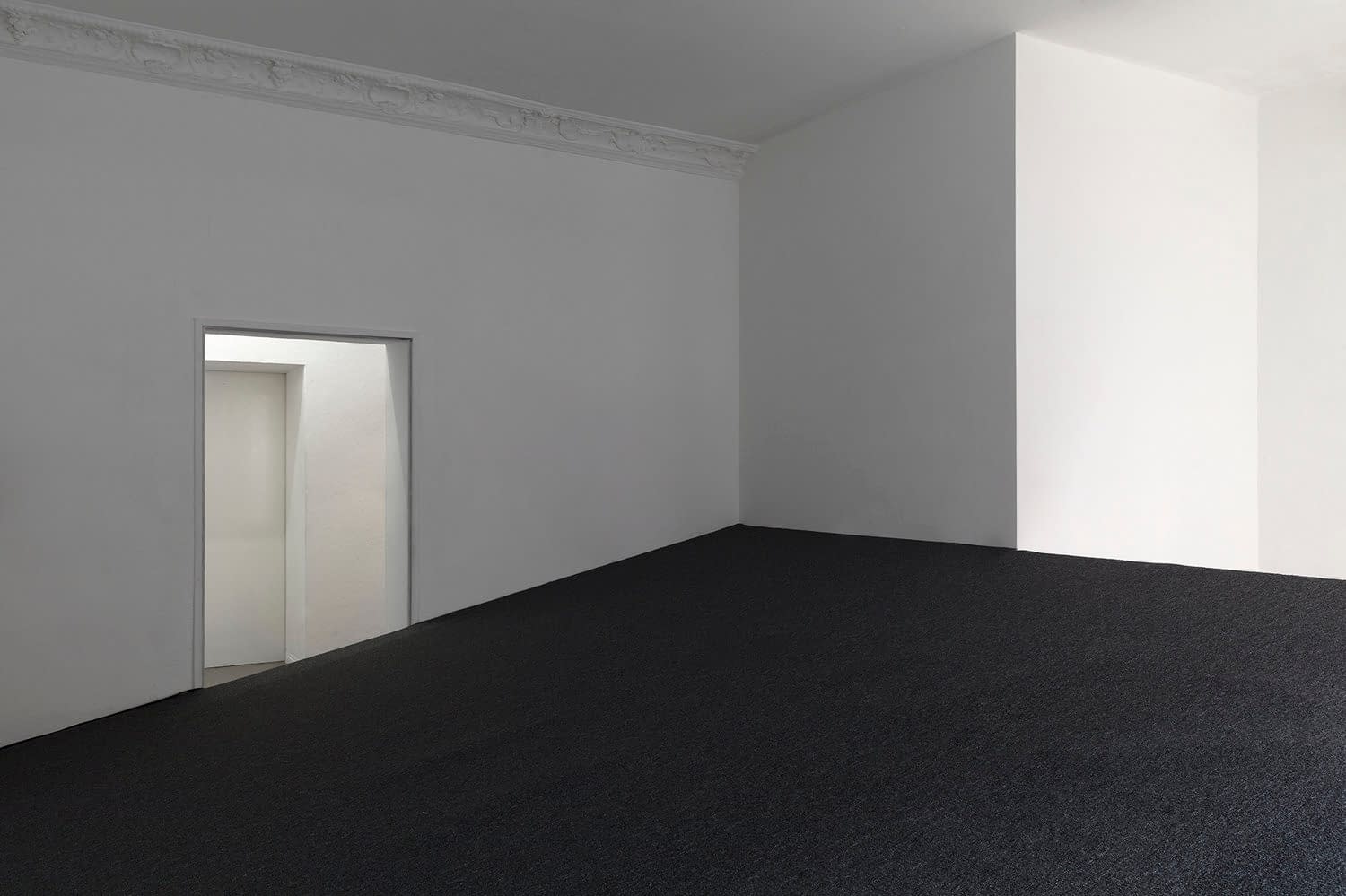 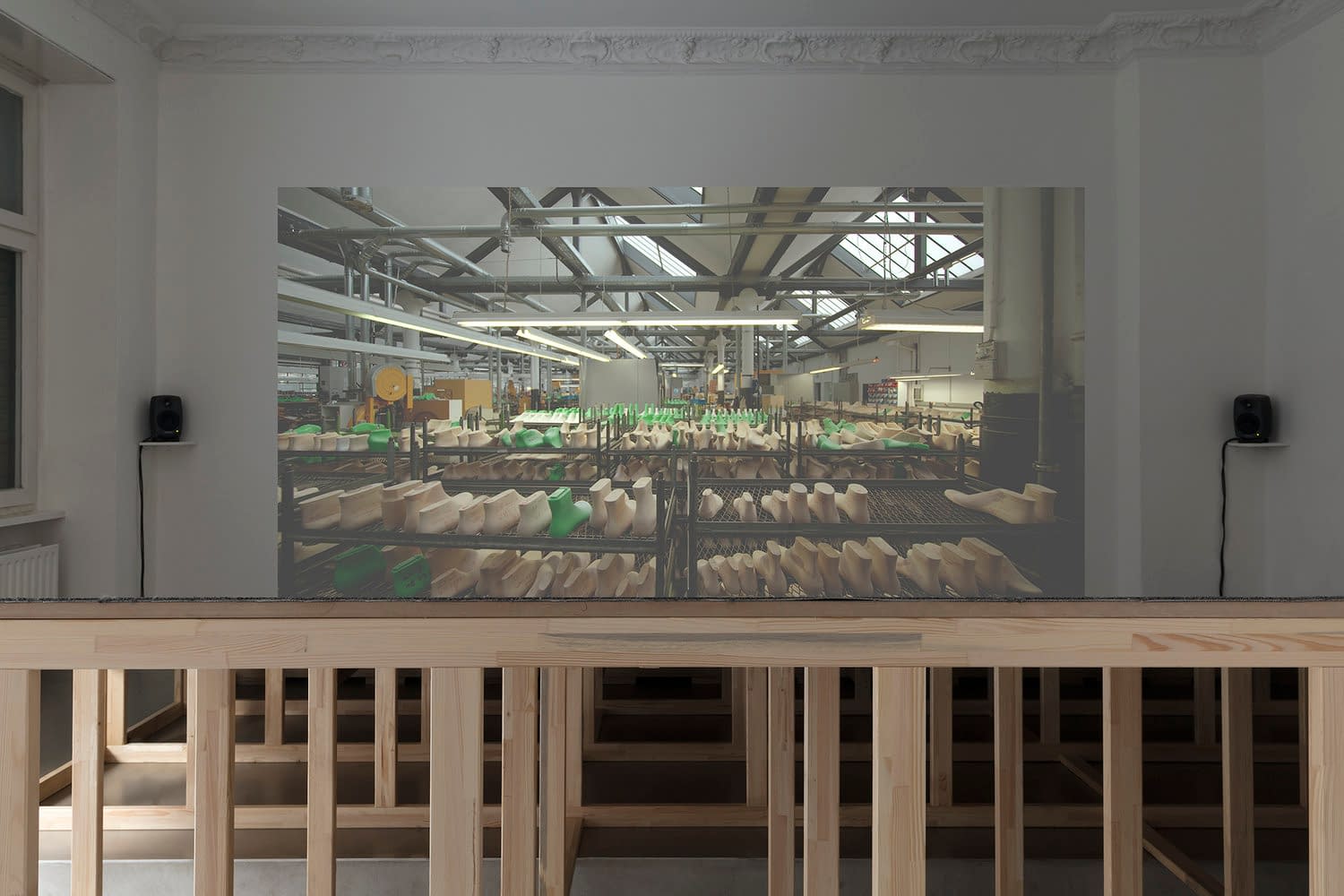 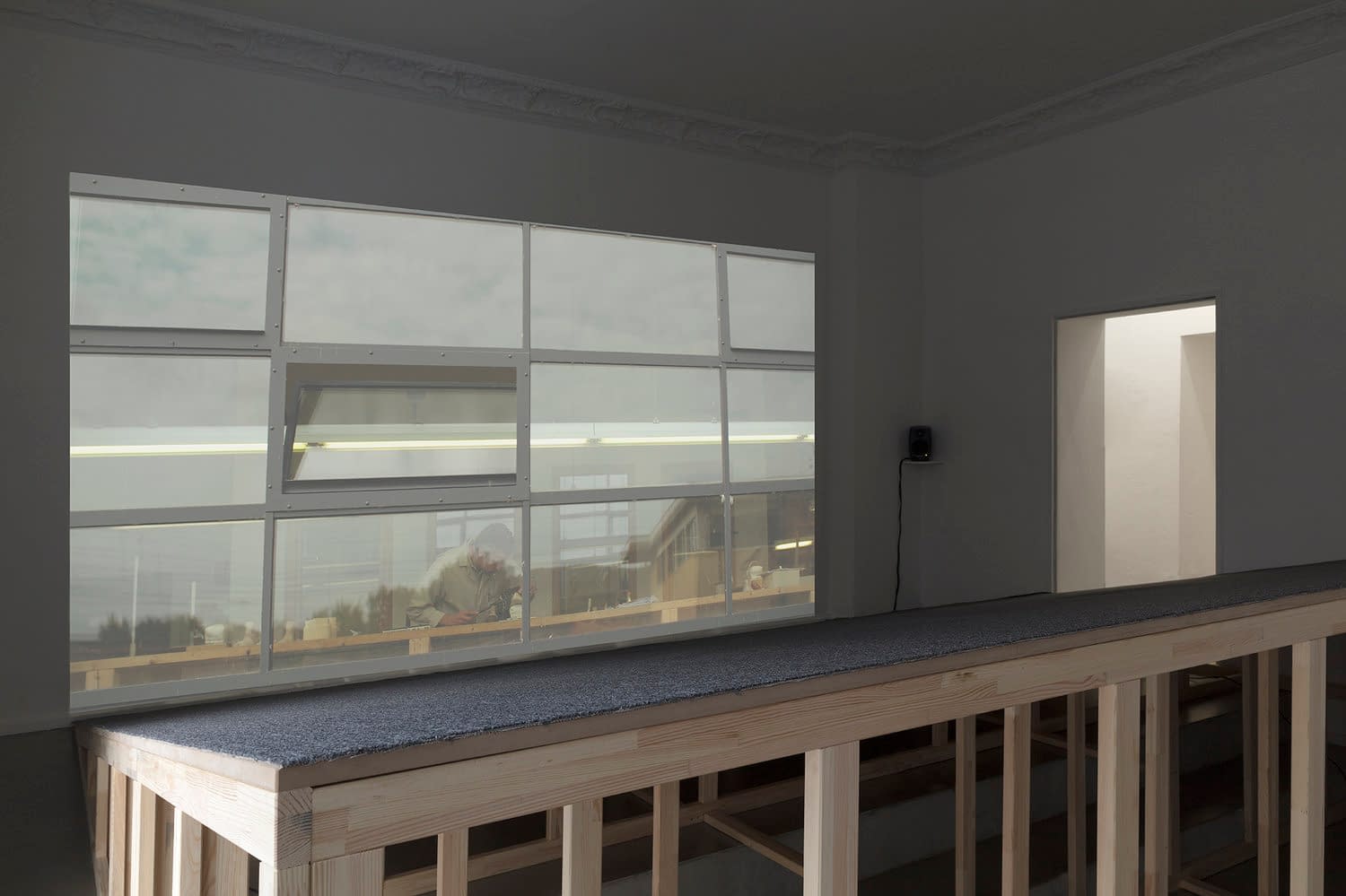 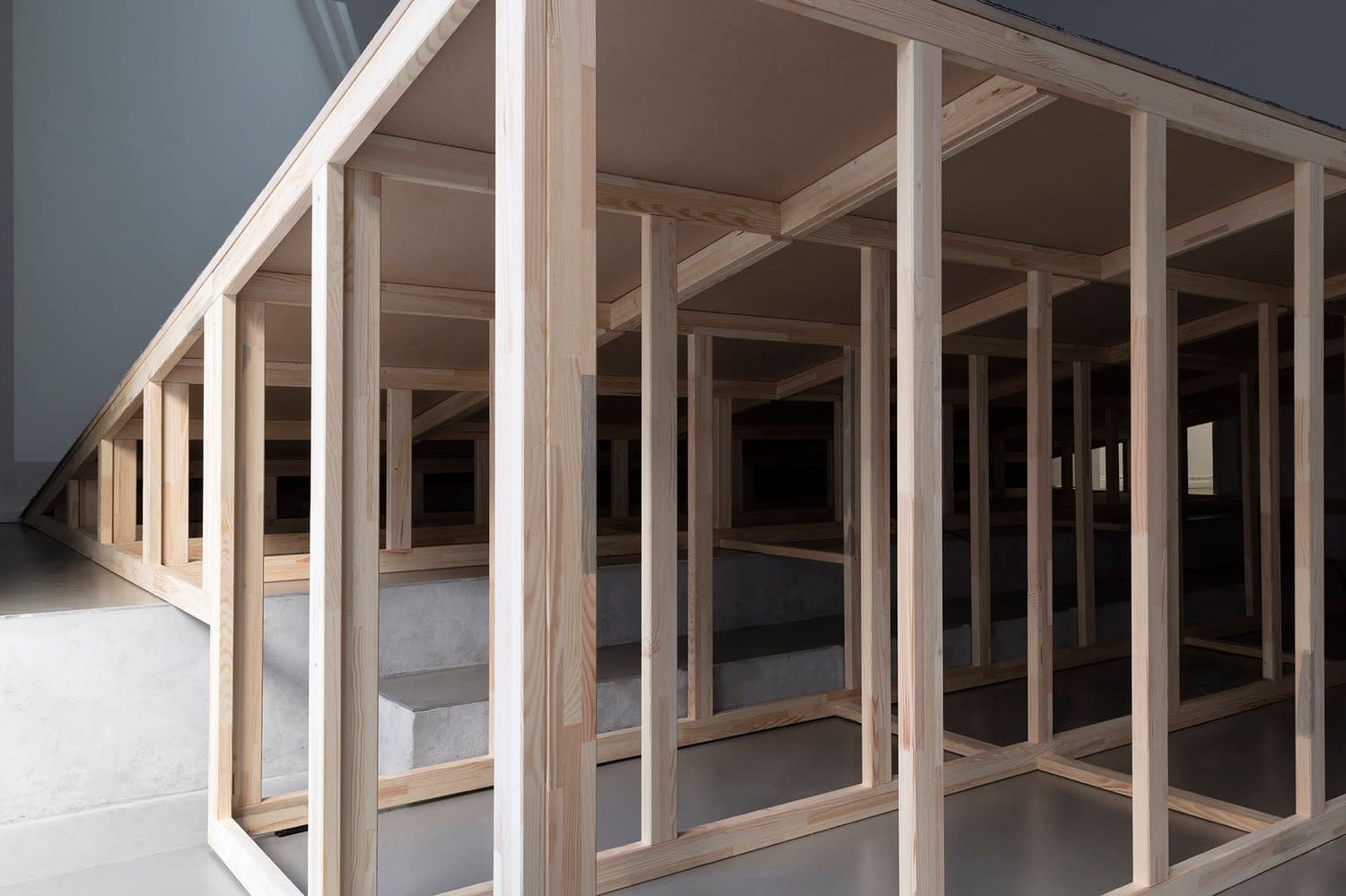 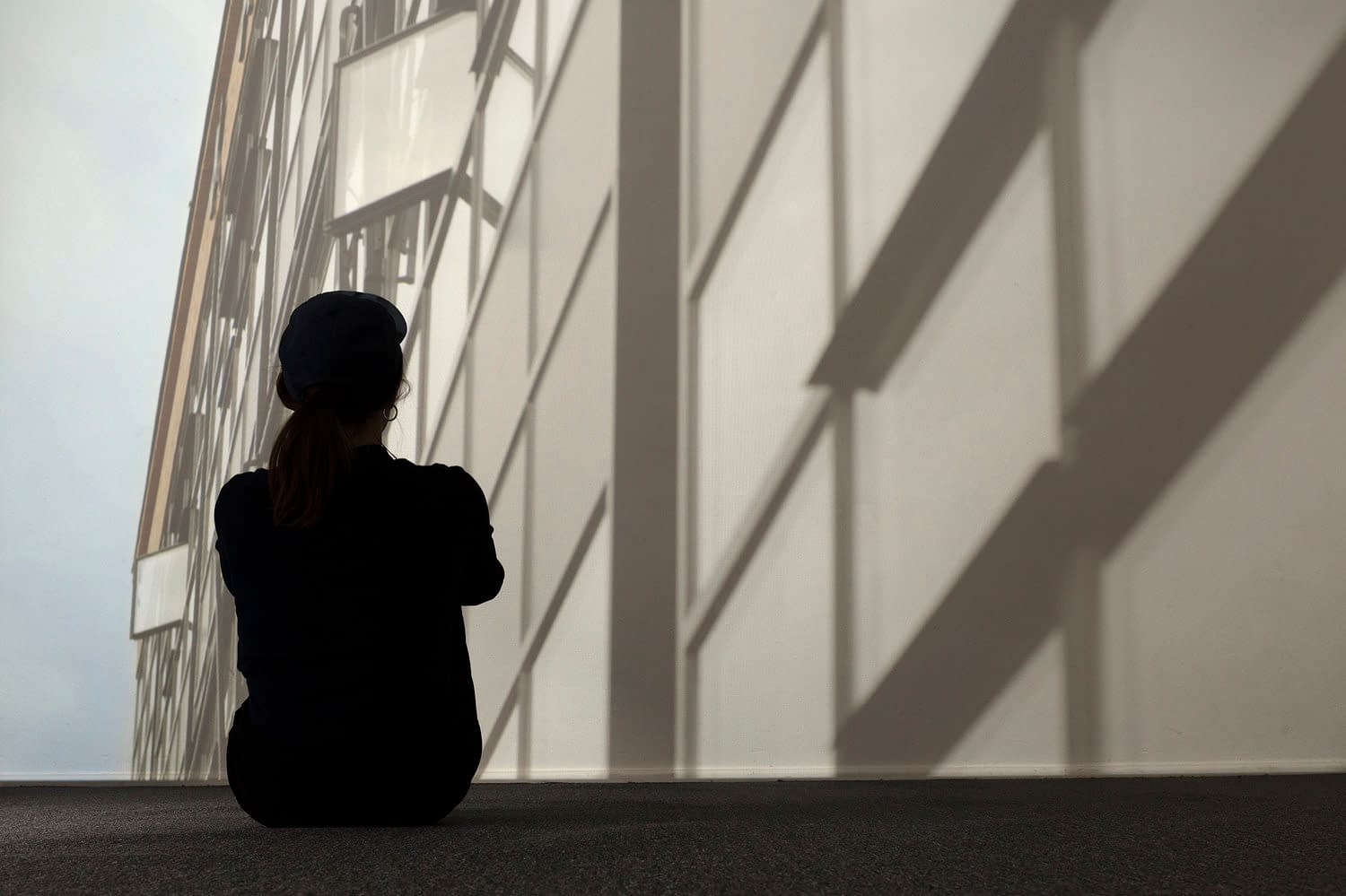 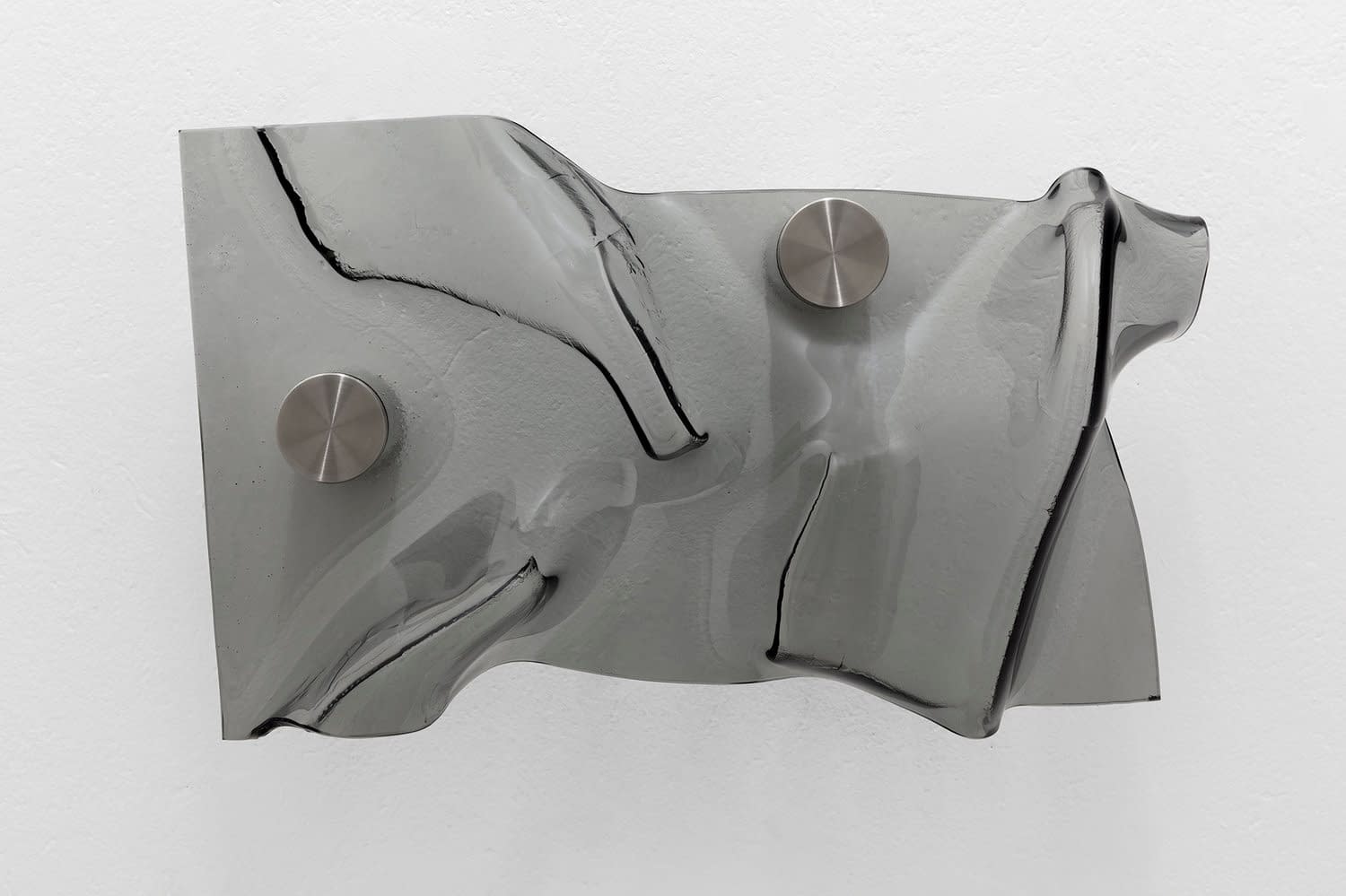 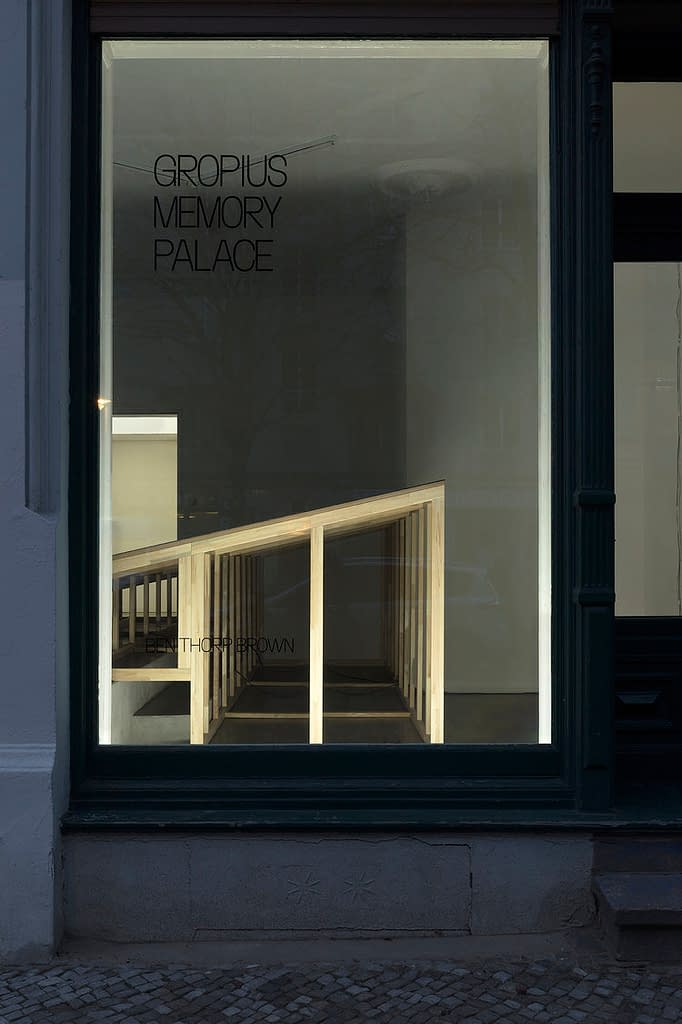