EROS AND THANATOS MADE A CHILD 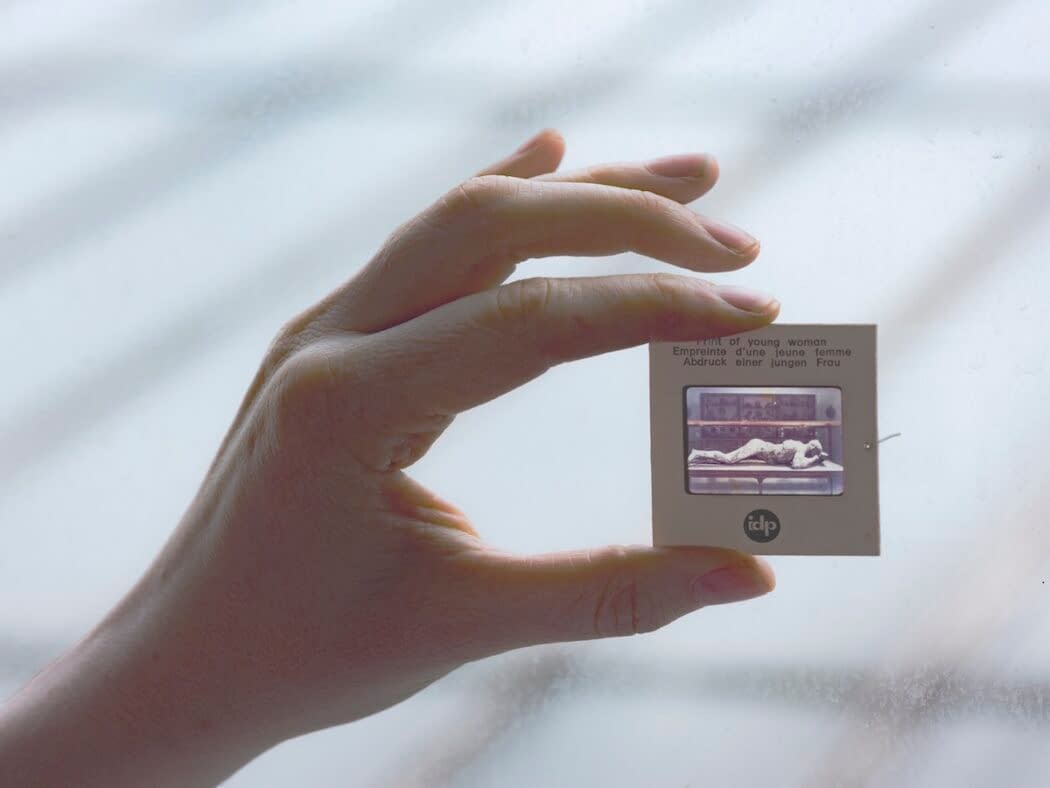 We are glad to be part of the 2021 edition of the Rencontre d’Arles as one of the few nominated projects for the Prix Découverte Louis Roederer‘s curated this year by Sonia Voss. We will present the installation Eros and Thanatos Made a Child by Mariana Hahn in the incredible venue in the heart of the festival that is l’Eglise des Frère Prêcheurs.

A body lies down, captured in its last gesture, petrified by the ashes of Mount Vesuvius. This snapshot of death – like the recurrent motif in the history of photography – is none other than a calco, an archaeological casting. Human remains, artefact, duplicate, representation? The original has become its own copy. And if its vision haunts the thousands of visitors of Pompeii, its photograph now infuses Mariana Hahn’s whole installation.

Like an auratic image, the ektrchrome thus captioned blends with the reflections of five small showcases containing the tales, the textual, and material memories assembled by the artist. A collection that resonates with the series of half-format photographs that are part of her ongoing research on anthropomorphic natural forms, kind of proto-images revealed by the seizure.

Through photography, video, installation and imprinting Mariana Hahn investigates the modes of image-making, the processes of archiving and transmission. Mariana Hahn digs the memory of her body, of her own genealogy and she depicts the transfer of knowledge from one body to another, from a woman to another. But she also tracks the recurrences and survivals (Nachleben) of collective memories and traumas.

If Mariana Hahn is interested in the mode of fabrication and appearance of the image, it is also through the imprint and the trace. The contact, the gesture, the whisper or the language inscribe in the surface the experience of a relation to the matter, to what is other, to the other. The presence is activated and revealed then practically only by a particular display and the phenomenological experience of the observer in the impossibility sometimes to discern and who is rather incited to guess. This, not without recalling the devices of monstration of the auratic forms and images and acheiropoietic images such as the holy faces or the sudarium. “Because to make a imprint is always to produce a fabric of material relations which give rise to a concrete object (for example a stamped image), but which also engage a whole set of abstract relations, myths, fantasies, knowledge, etc. “ (Georges Didi-Hubermann, La ressemblance par contact, archéologie, anachronisme et modernité de l’empreinte, 2008)

In her copperplate printing work, the artist uses the basic material components of the silver photographic processes from the early days of photography in the 19th century, such as heliogravure or salted paper prints. Salt and water provide her with the necessary intermediaries to crystalize the surface with her presence. The image is revealed by the effect of corrosion and never ceases to be in the process of becoming; it is situated in this fragile in-between of appearance and disappearance. Eros and Thanatos made a child.

Mariana Hahn (*1985, Schwäbisch-Hall (DE)) lives and works between Paris and Berlin. After having studied Theater at ETI, Berlin, Mariana Hahn obtained a degree in Visual Arts at Central Saint Martins, London, in 2012. Her practice, mixing photography, video, writing and installation, explores the relationship between the body and the transmission of memory and knowledge.

Hair, salt and copper constitute basic elements of her research into the materials and processes of image- and archive-making, as well as the various media of conservation. Her work has principally been presented in Germany (notably at Display in 2019) and in China. 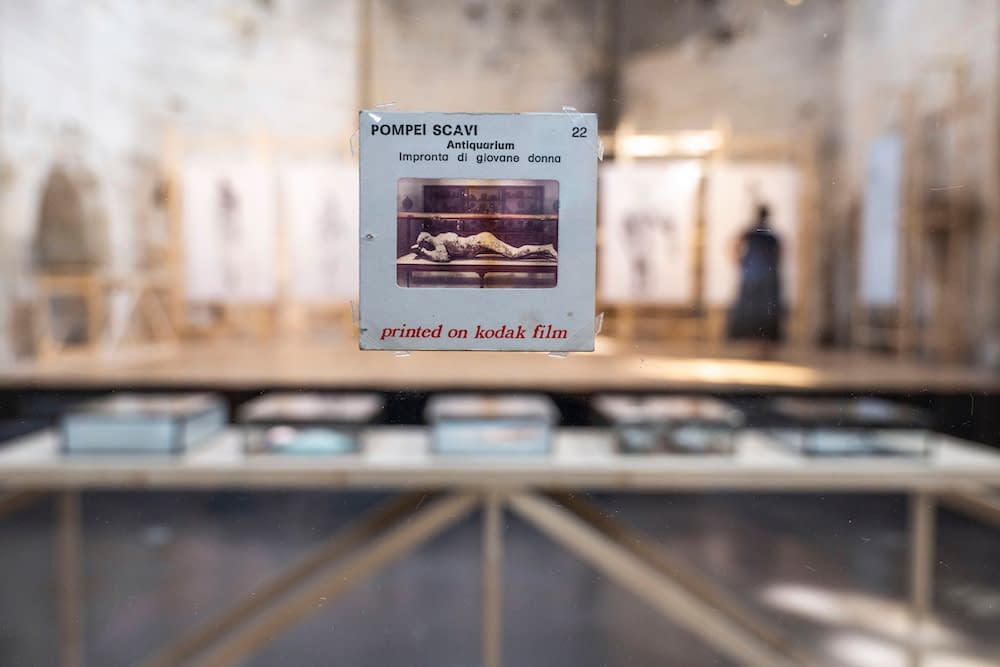 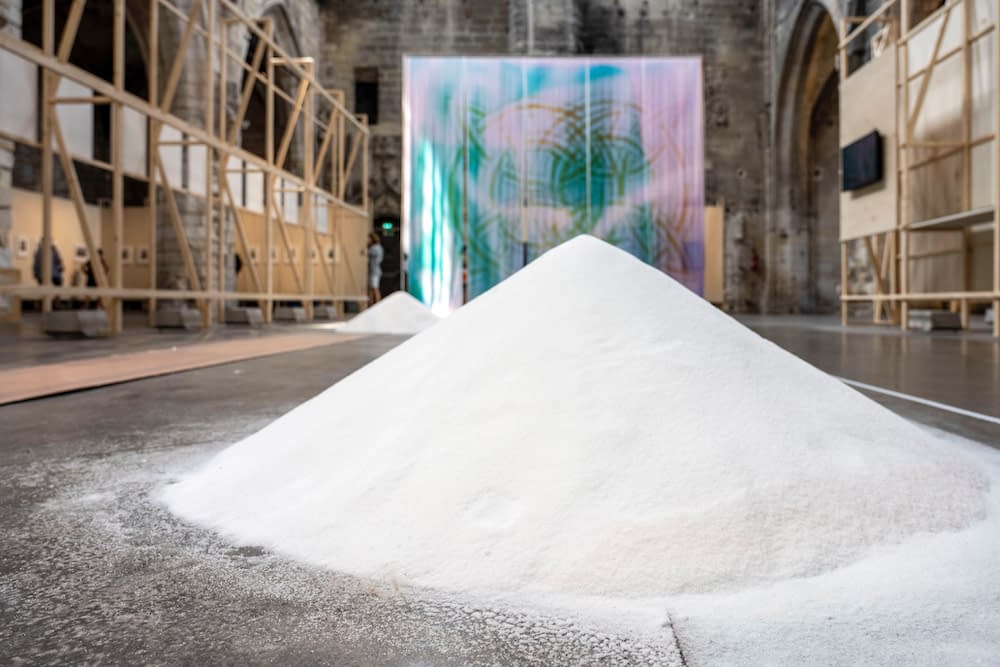 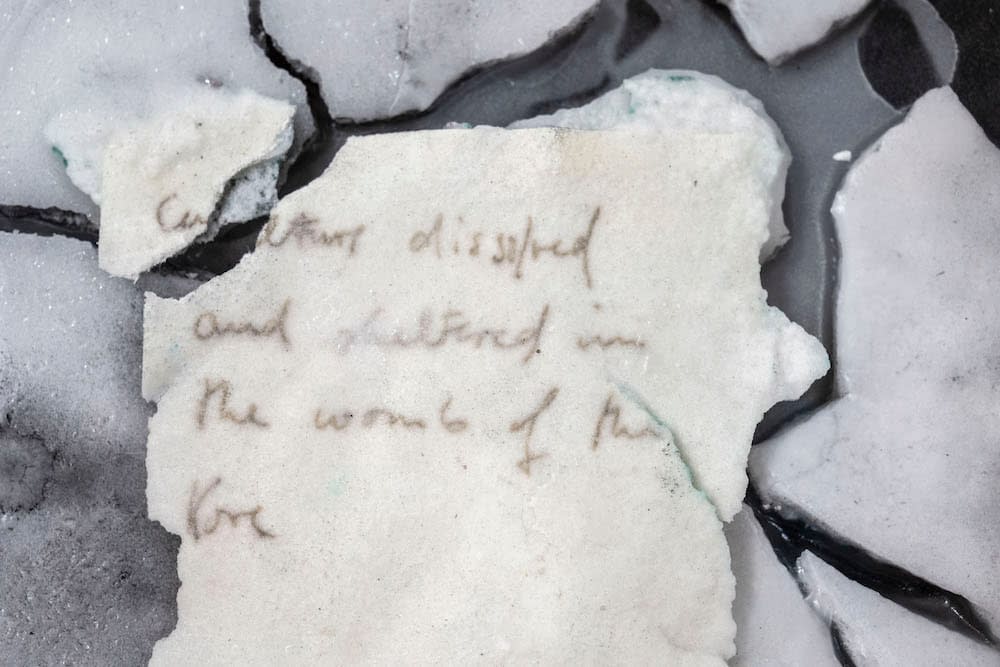 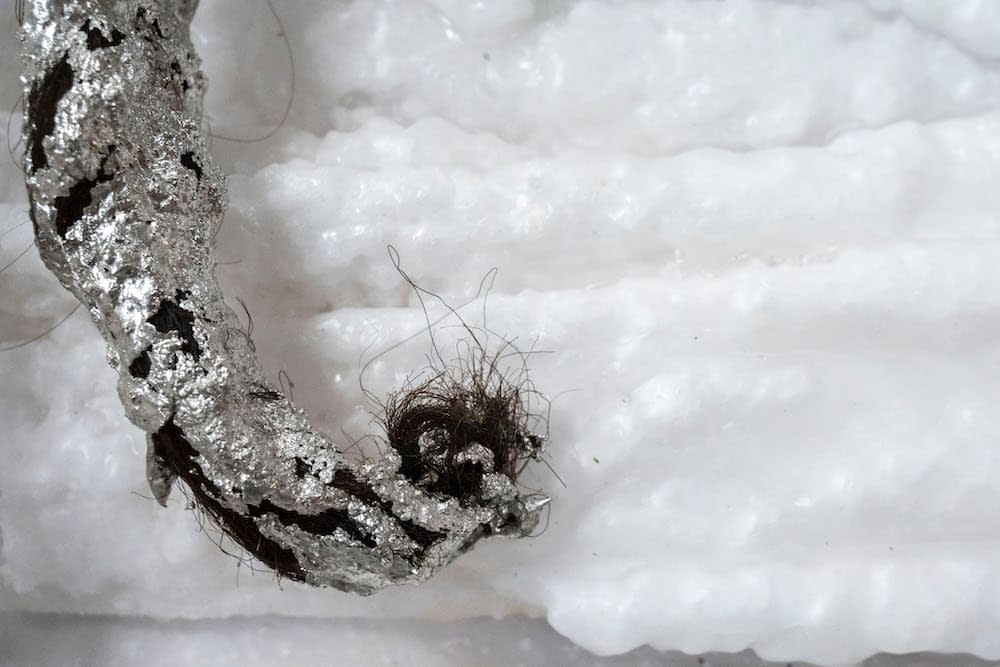 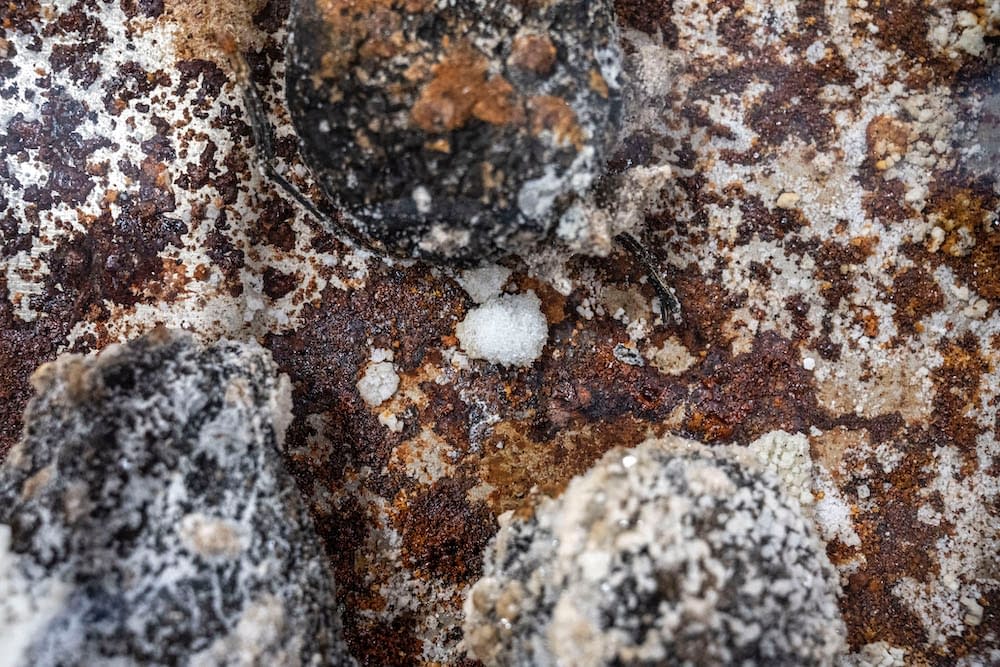 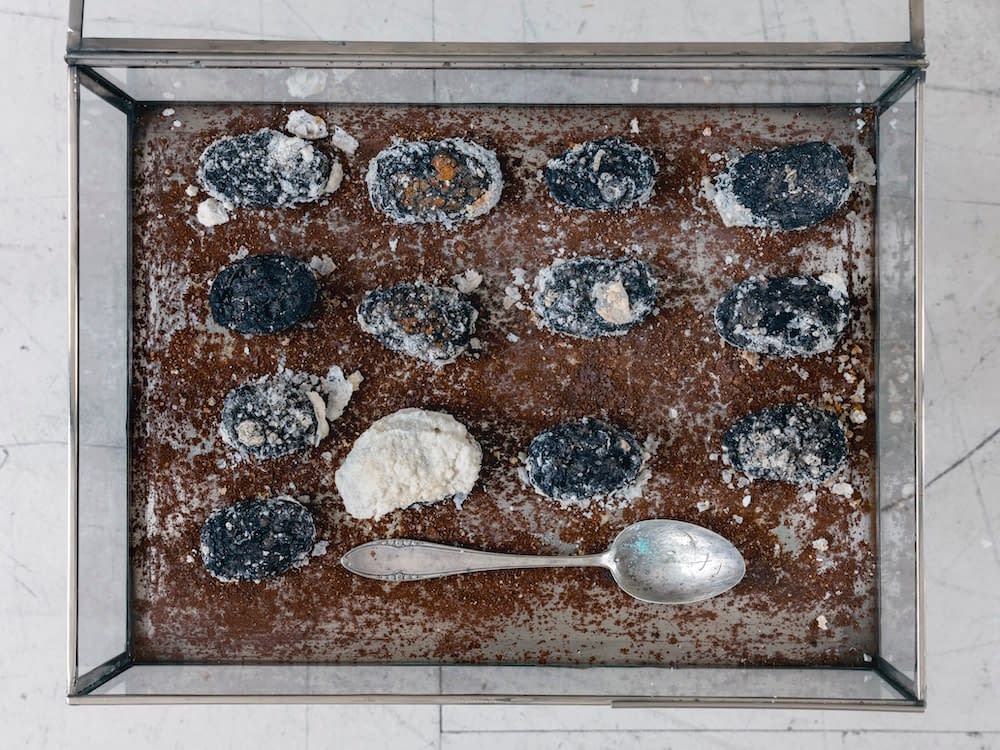 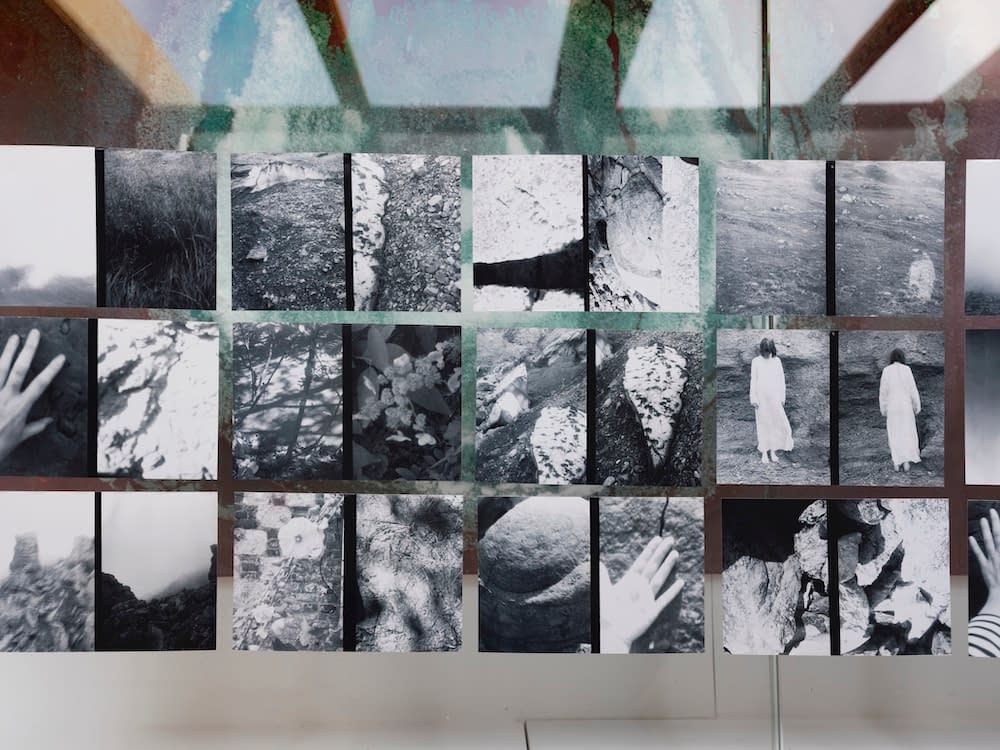 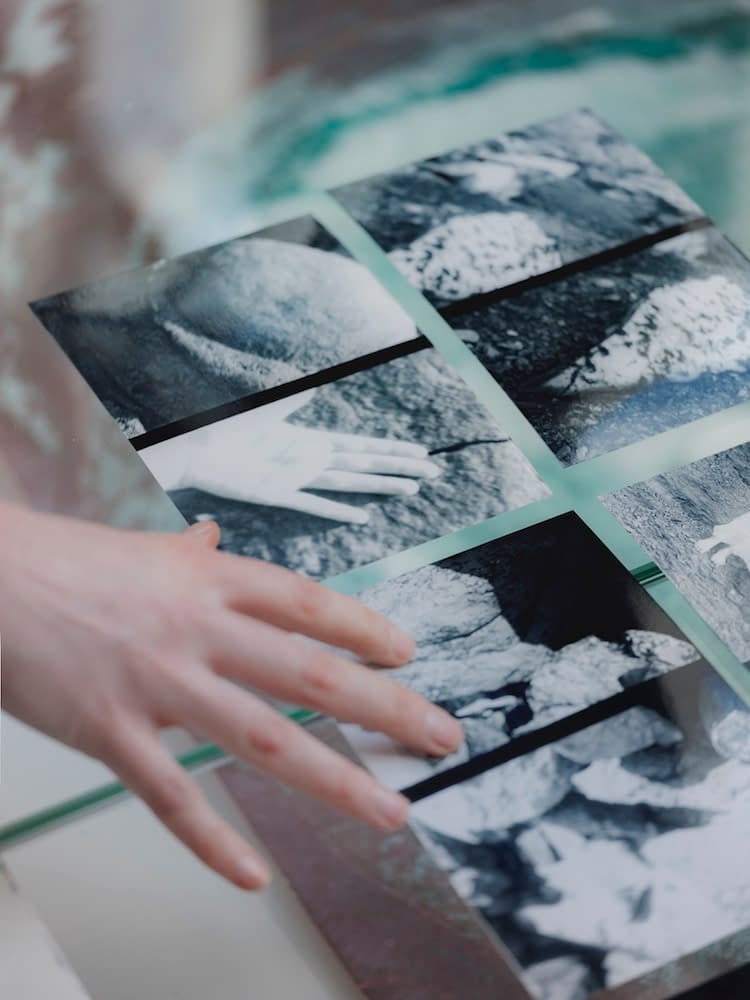 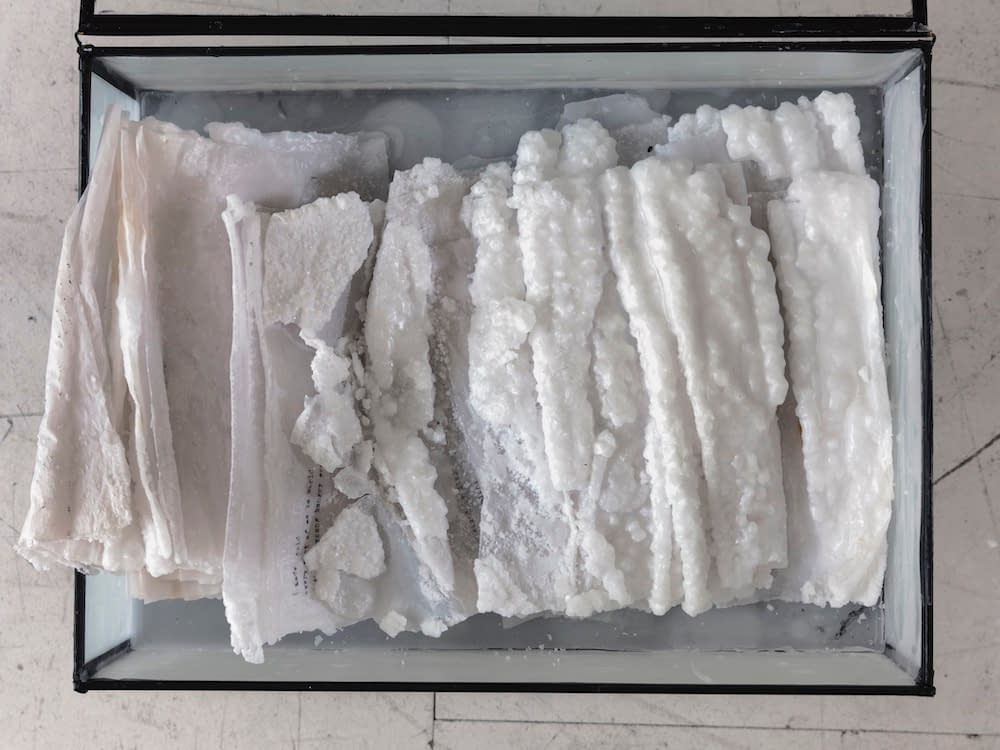 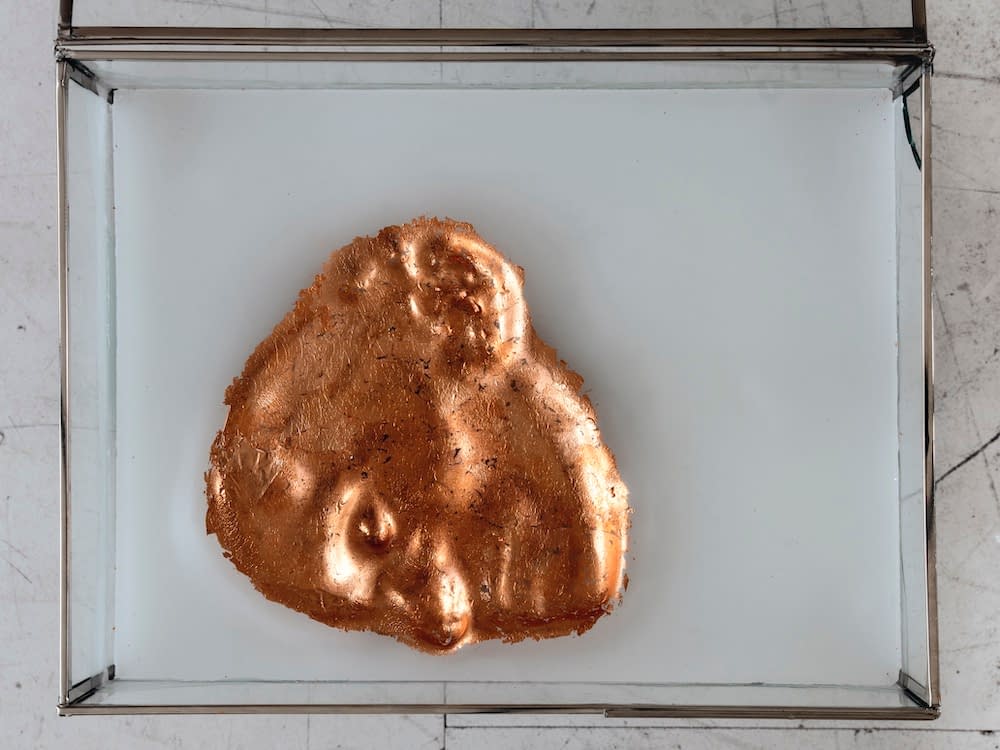 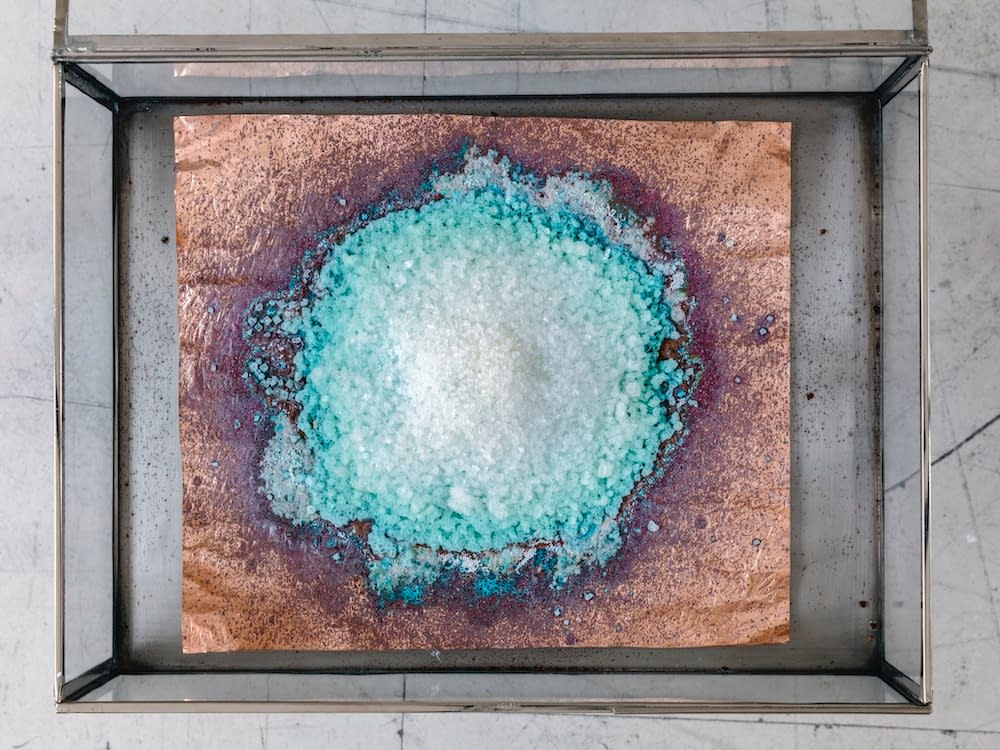 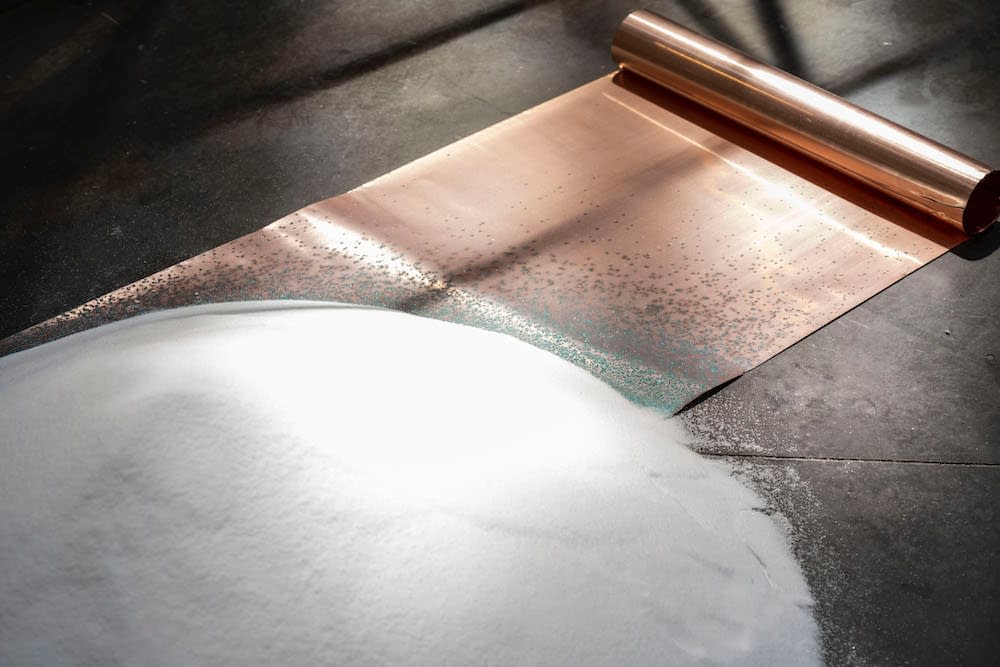 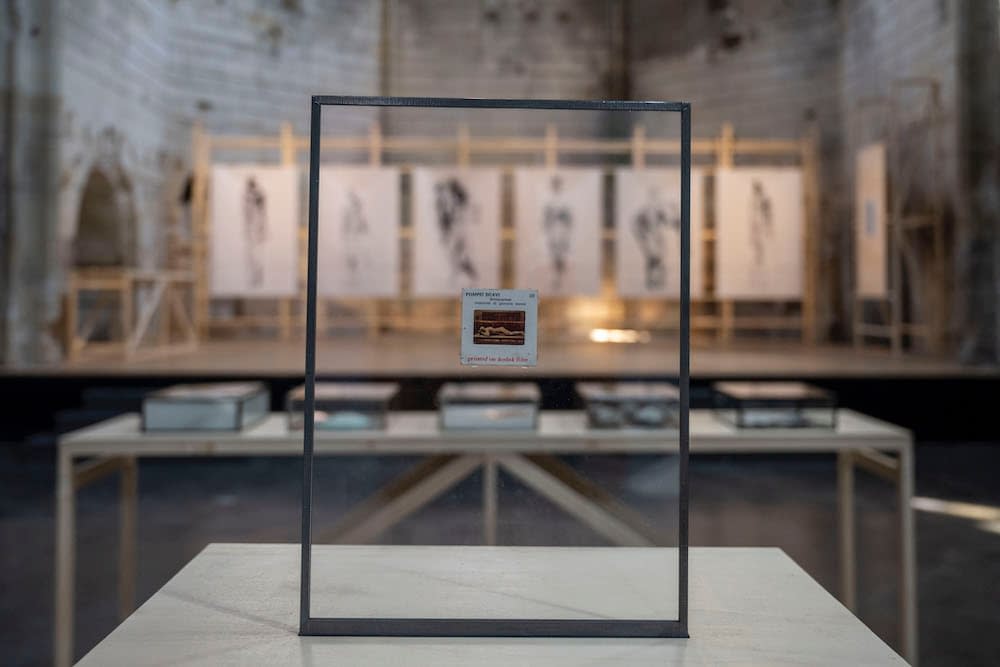 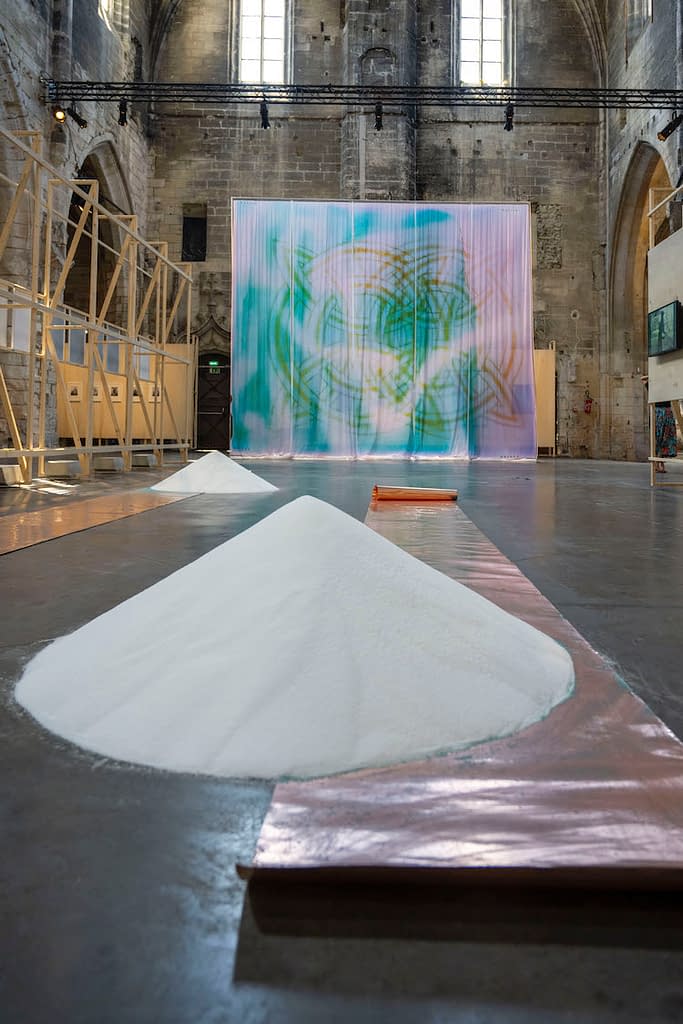