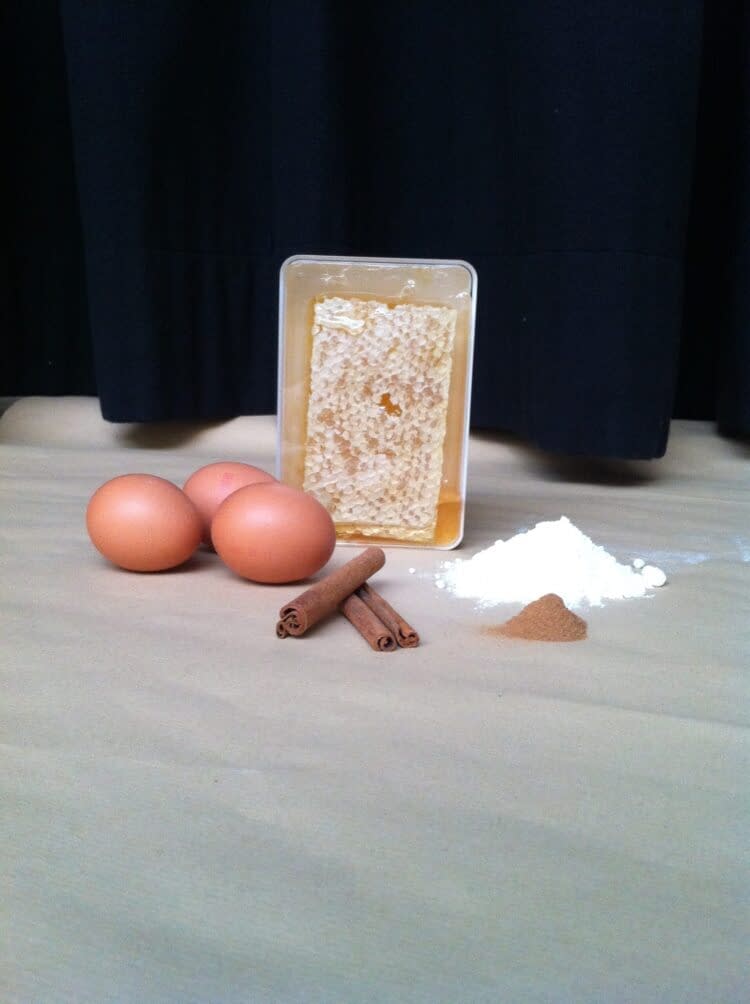 Vulnerability is not just the condition of being potentially harmed by another. It names the porous and interdependent character of our bodily and social lives [1].

The project CLOUDS ON CLEAR SKY will unfold in autumn 2021 in two phases. A series of Evenings with artists from different fields and a series of dance performances will take place respectively in September and October.

The dance performances are explorations on dying, death and finitude, choreographed by Johanna Ackva. Seeking the attitudes and practices around death and mourning in our contemporary society and their relationship to the body, Johanna Ackva invites dancers of different ages and backgrounds to engage with the topic through their own physicality. As much as a personal experience with finiteness and vulnerability, death is nevertheless embedded in the social reality and imbricated in an economic system based on growth, where aging and sickness are discredited and where social marginalization and capitalization on care and health seems to be the norm. This project responds to a need to observe the modes of dealing with death and dying in order to inform and make it possible to critically rethink our contemporary ways of living.

During the month of September, while leaving space for the dance rehearsals during the day, a series of 3 Evenings will take place in parallel at night. Intended to be a series of independent artistic events, they touch the ensemble of CLOUDS ON CLEAR SKY by weaving connecting lines. Crossing each other in the same space allows traces to invade gently into each other’s fields. Johanna Ackva invites artists, readers, thinkers, musicians but also the public and the dancers, to this series of artistic interventions for moments of common reflection, of encounters, to let tears and pleasure run down around similar themes and create a network of sense. Sometimes giving rise to different approaches and media, this first phase intends to question and open new avenues for reflection.

Display and Marie DuPasquier participated in Johanna Ackva’s project in conceiving the curatorial program of the Evenings.

Beyond the enchanting image of its literal meaning, the expression Vale of Tears is related in the Christian tradition with the suffering path of life that one has to endure before dying; as to be observed in the homonymous monumental 19th century painting by Gustave Doré. However, the French understanding of “Vallée de larmes” is commonly dominated by a description of the skin lines formed by the passage of tears under the eyes, and notably used in the plastic surgery jargon. Whether a physical quality or a path of life, this title gives the tone for the first Evening. The artist Magali Dougoud and the writer Gesine Palmer will exchange on mourning, remembering, weeping and fluids. The discussion will take place after the projection of the video Le Continuum Bleu by Magali Dougoud and a talk by Gesine Palmer.

The video Le Continuum Bleu by Magali Dougoud connects together all the womxn whose paths and bodies crossed the rivers and canals of the city of Berlin. They died and were killed there but their bodies and minds have risen together to form an original memory that joins distant pasts and potential futures. A new population has emerged from these losses and the violence they carry: the Womxn Waves. According to scientists, they have forgotten to silence one of the X chromosomes in their DNA, altering their identity and changing their shape. By reclaiming the sounds, textures and intervals of their voices they started to rebel. Once the water contained in their bodies merged with the one that contained them, they were ready to build a common body for the uprising. […] In a poetic approach and a narrative aesthetic close to speculative fiction, the video questions the intrinsic violence of societies and mostly the one directed against womxn and correlates it with the domination exercised by humans over nature. What will we reconstruct together from all our losses?

What does it mean to cry? What are tears made of? Why do emotional tears differ from tears caused by onions? What are their purposes and how do they define us individually, collectivity, as a society? Gesine Palmer unravels this story through the prism of history, mythology and philosophy. Through a careful analysis of social representations, she reveals our relationship to tears and mourning highly gendered up until today. During this evening and in resonance with the projection of Le Continuum Bleu, Gesine Palmer is invited to open the theme of crying as a form of resistance against loss and as an indicator for physical reality as well as an element regulating social life in the grieving process.

The score addresses the difficulty to relate to the abstraction of the covid-19 pandemic on a global scale on one side, and the falling in a period of torpor on a personal scale on the other side. The composition is built both, on the Robert Koch Institute’s statistical data of the number of deaths due to the pandemic in Germany as well as on photographs of everyday life during this period. The first part of the score was based on the four seasons of the year 2020 and was presented as part of “Composite by the Numbers” (curated by Dayang Yraola). For CLOUDS ON CLEAR SKY, the score will be extended by 3 additional seasons corresponding to the duration until the launch of the project in September.

For this edition, the piece – which can be performed by 3 to 13 musicians – will be interpreted by Laure Boer (dan bau), Pina Bettina Rücker (quartz sound bowls made of silicon) and Evelyn Saylor (vocals), all three bringing their own interpretation and musical particularities to the project. Each musician chooses a line. Where there is a light, there is a sound. This can mean volume or intensity, depending on the instrument. The ellipses are total silences referring to the amount of deaths in Germany. The photos and the seasons act as a narrative frame for the compositions. In this frame one comes back to very basic transcriptions of sensations: where you have light, you have sound. A way to transcribe the feeling of torpor, uncertainty and the necessity to move forward each day, step by step.

Grief and Gratitude is a research focusing on the cemetery as a garden, and the edible plants which grow therein. Over the past months the artist has been harvesting from graves and untended wild sites of growth within cemeteries throughout Berlin. In private ritual the artist transformed the foraged materials into pesto, syrups, marmalades and candies.

Interested in the cyclical or constant transformation possible when one eats from the garden of death – This work reflects on eating as a necessary violence; a site of sacrifice and incorporation as one material loses its form and agency to become with and sustain the life of another. If every meal can awaken a narrative of death, what role can gratitude play in this daily performance? How can we acknowledge the inevitable transformations which accompany death? – How do ritual meals reinforce separations, forge communion and feed hungry ghosts? 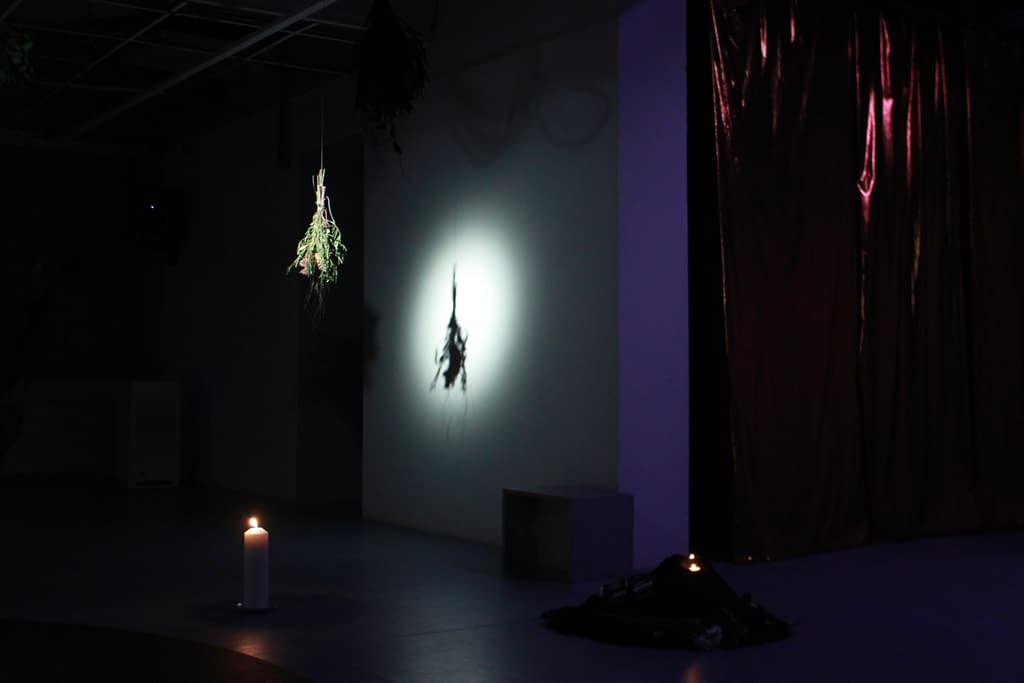 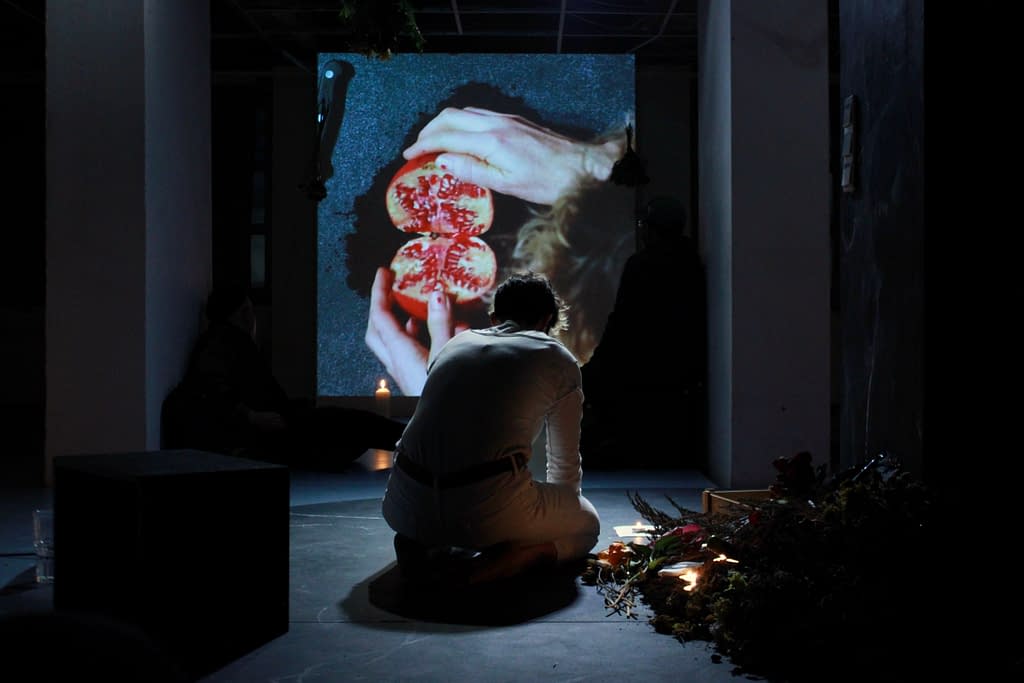 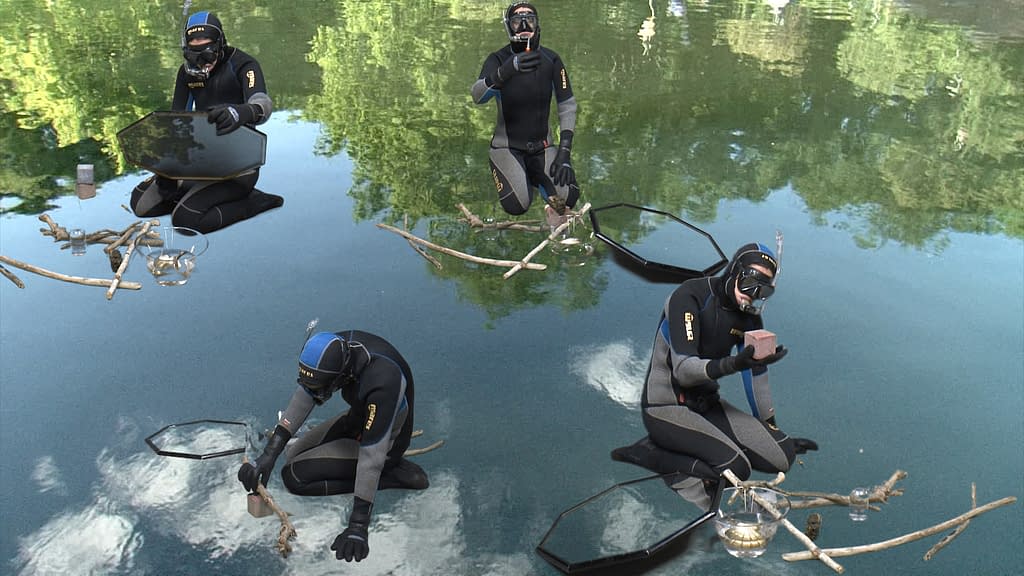 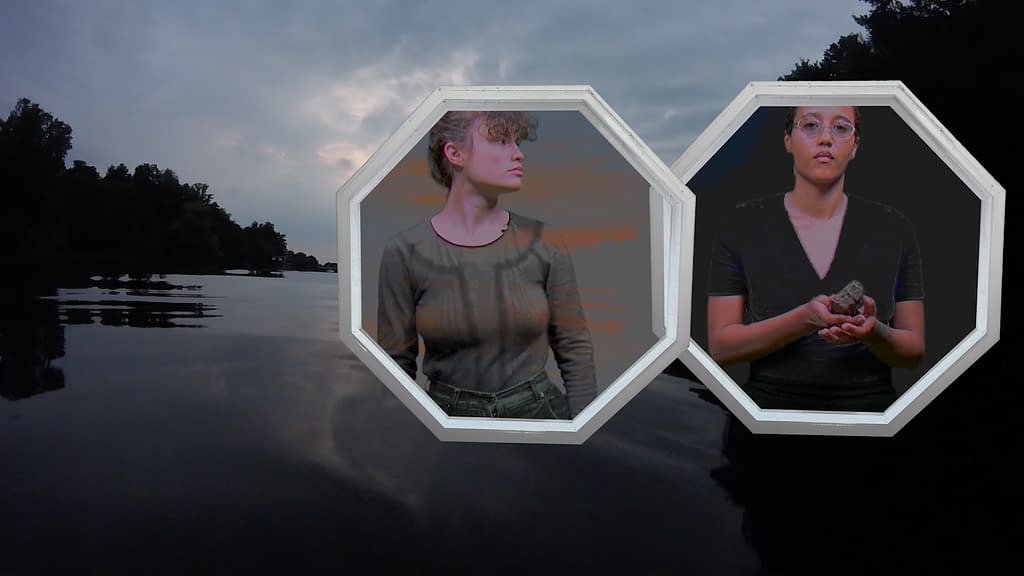 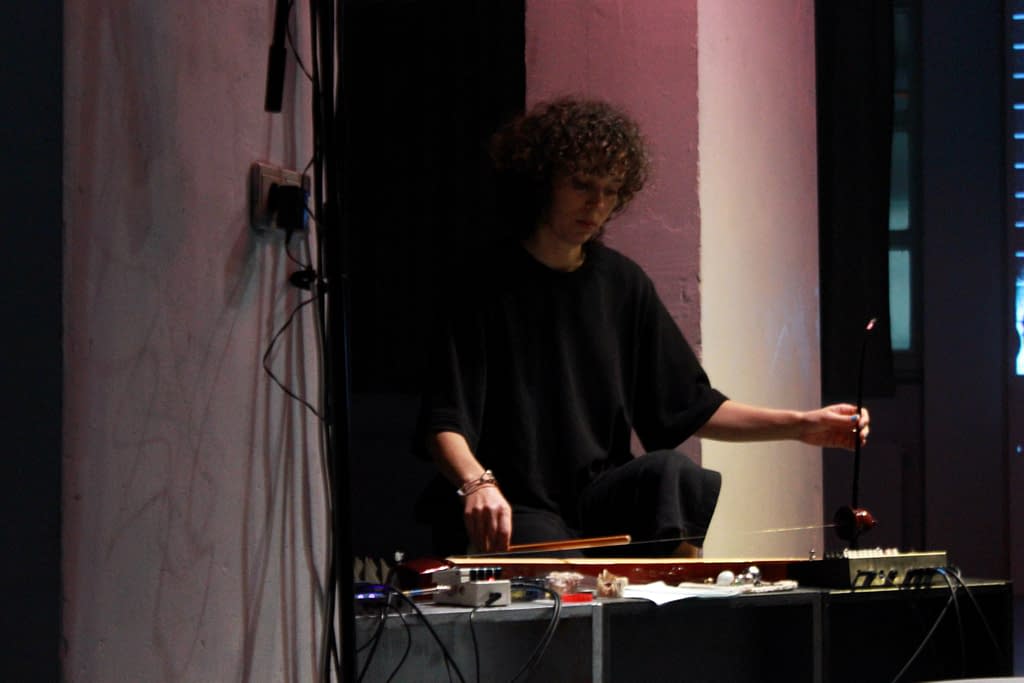 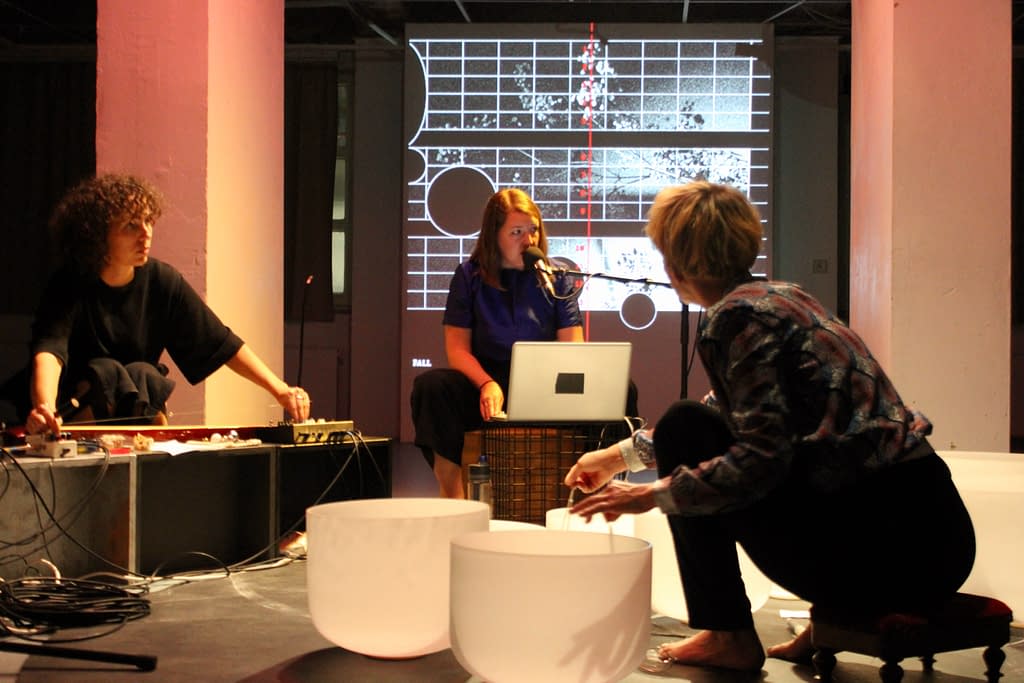 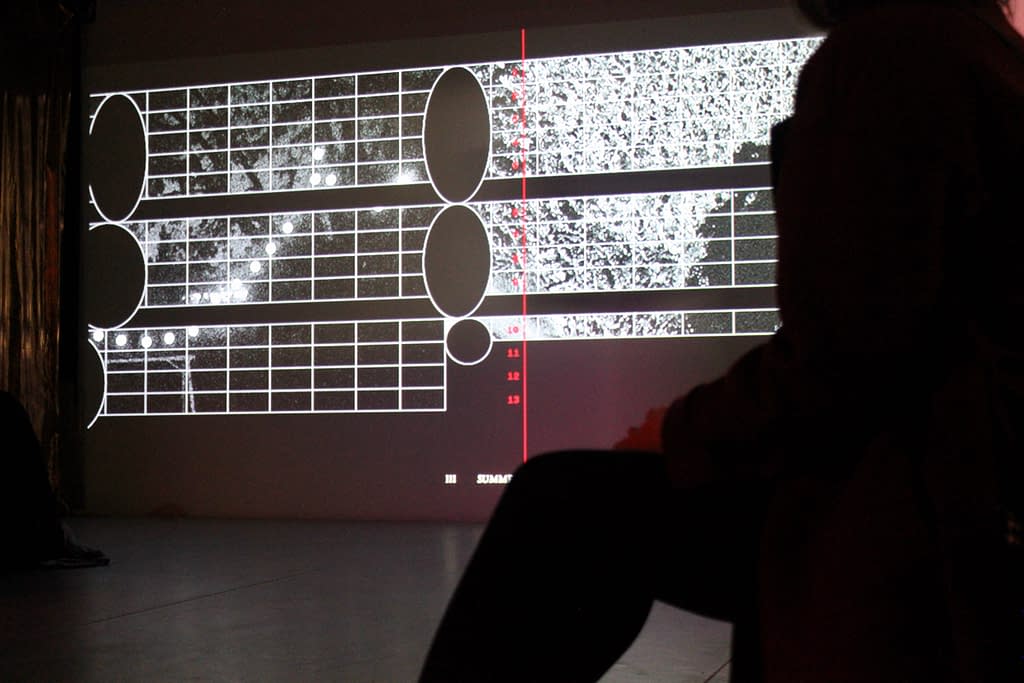 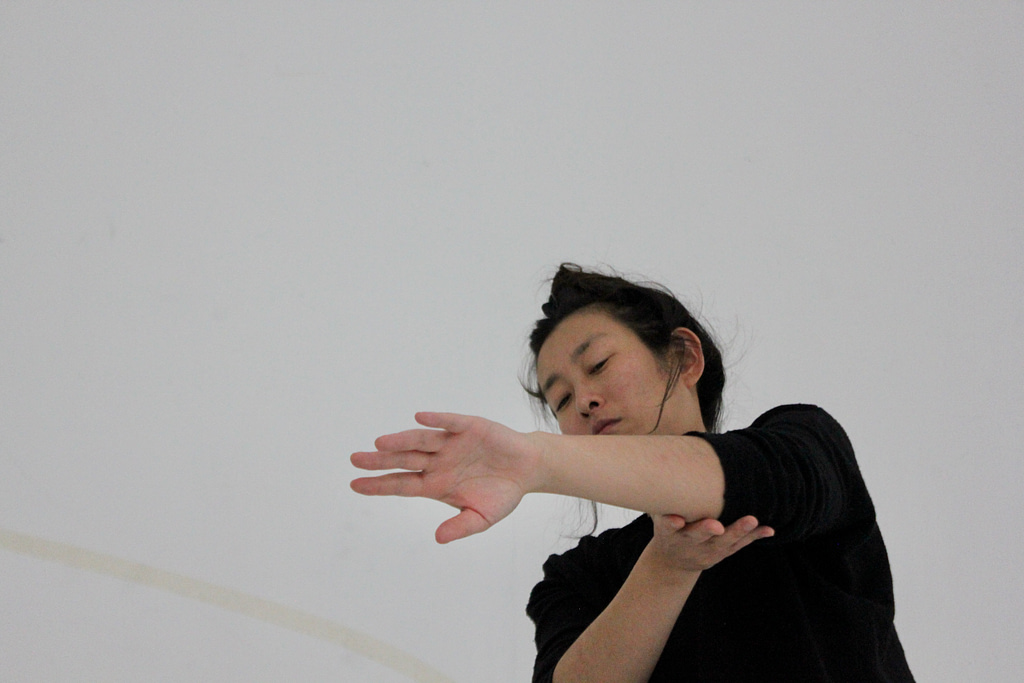 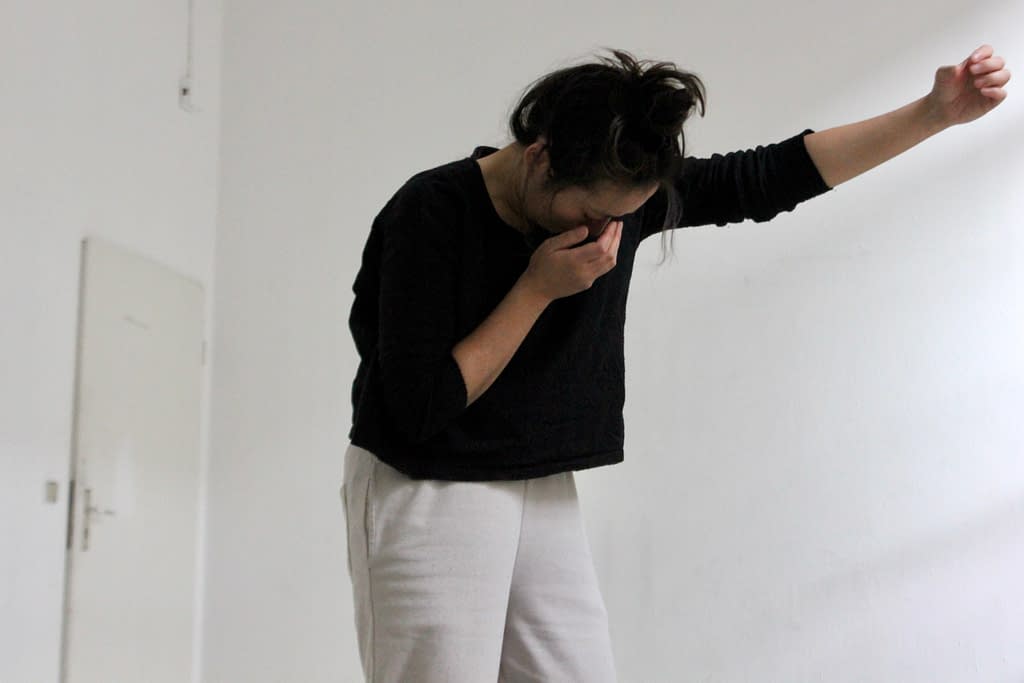 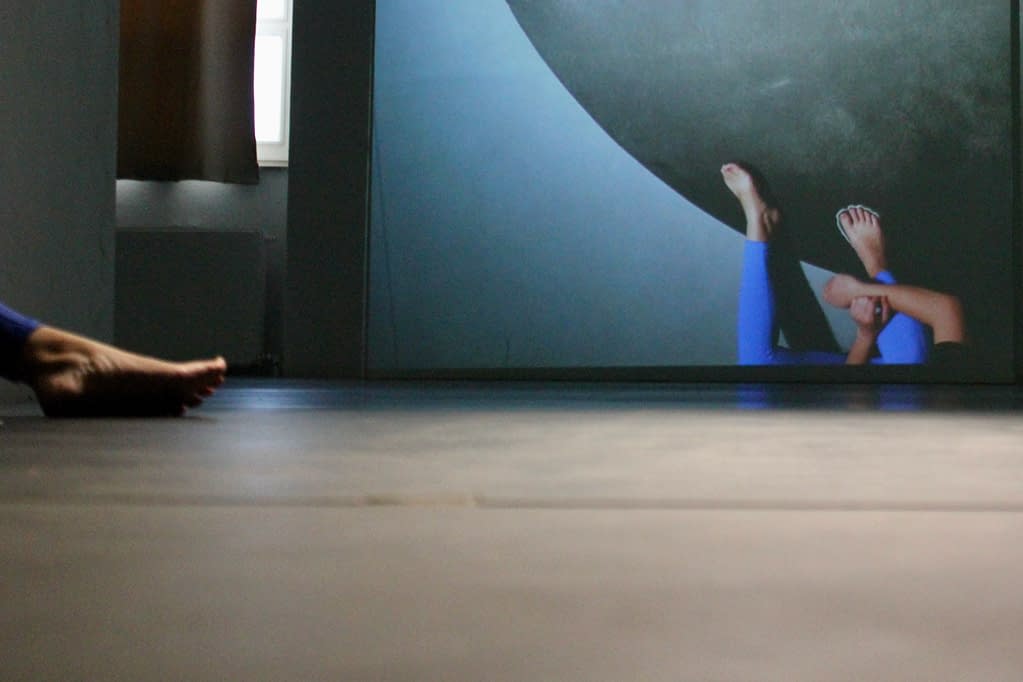 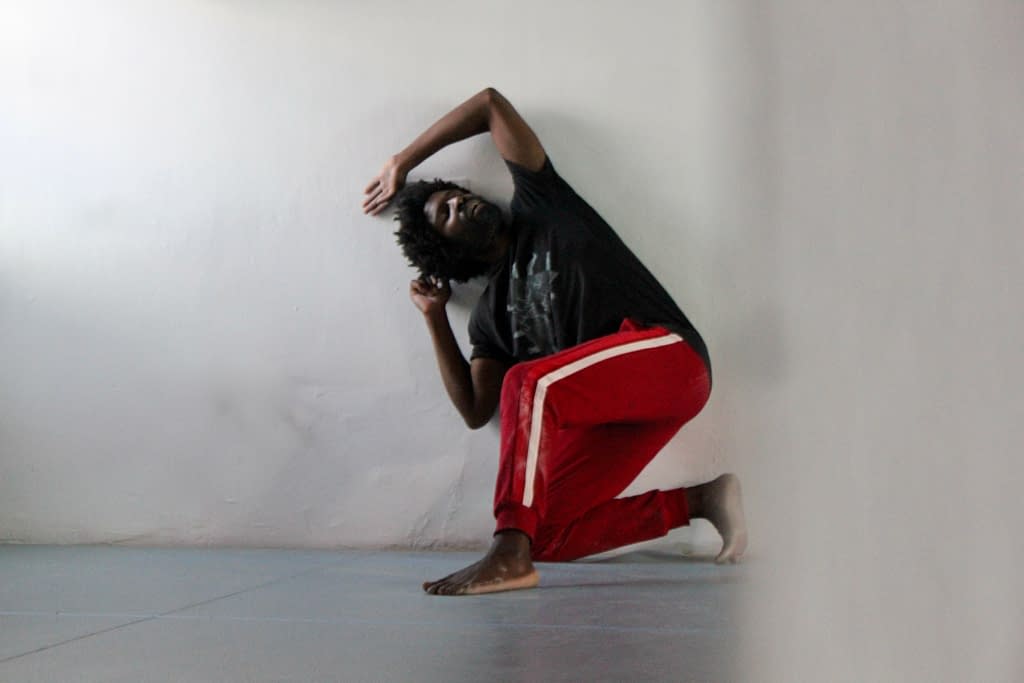 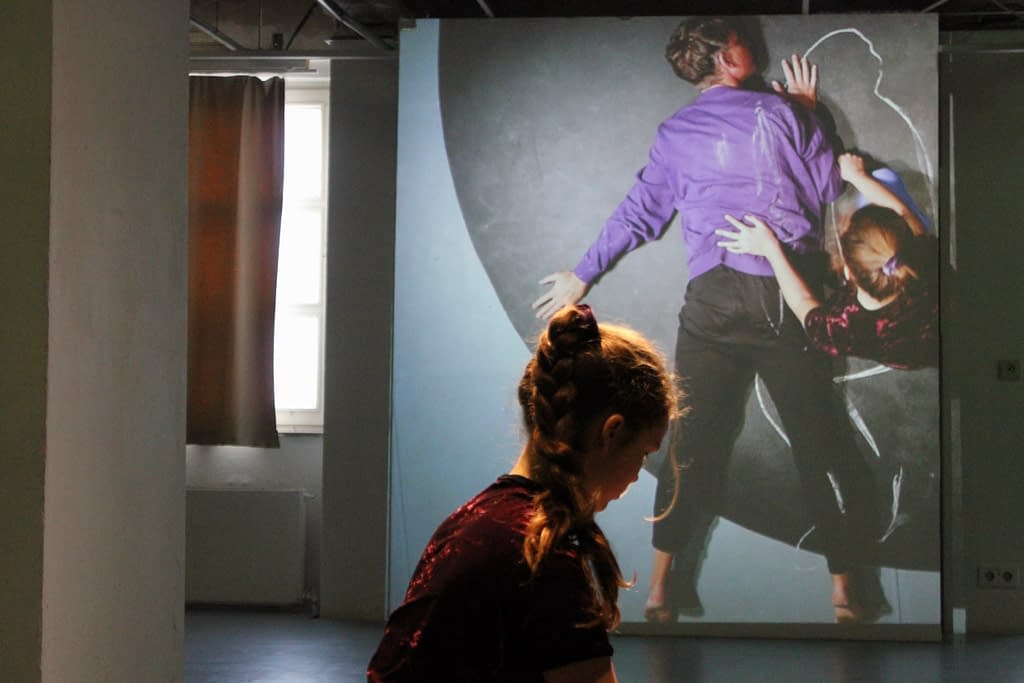 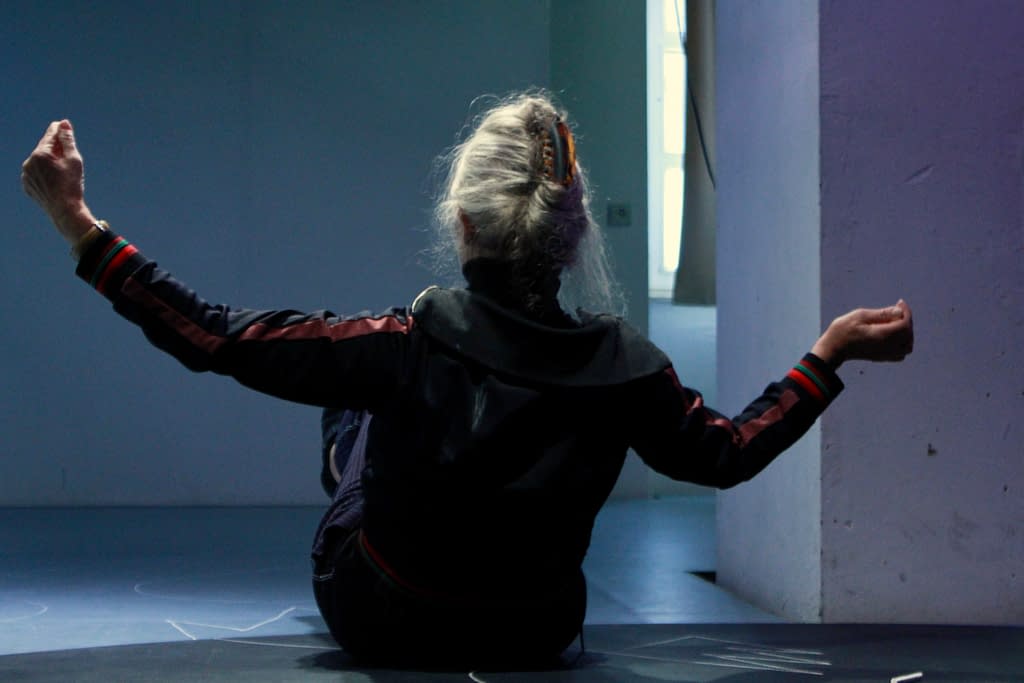