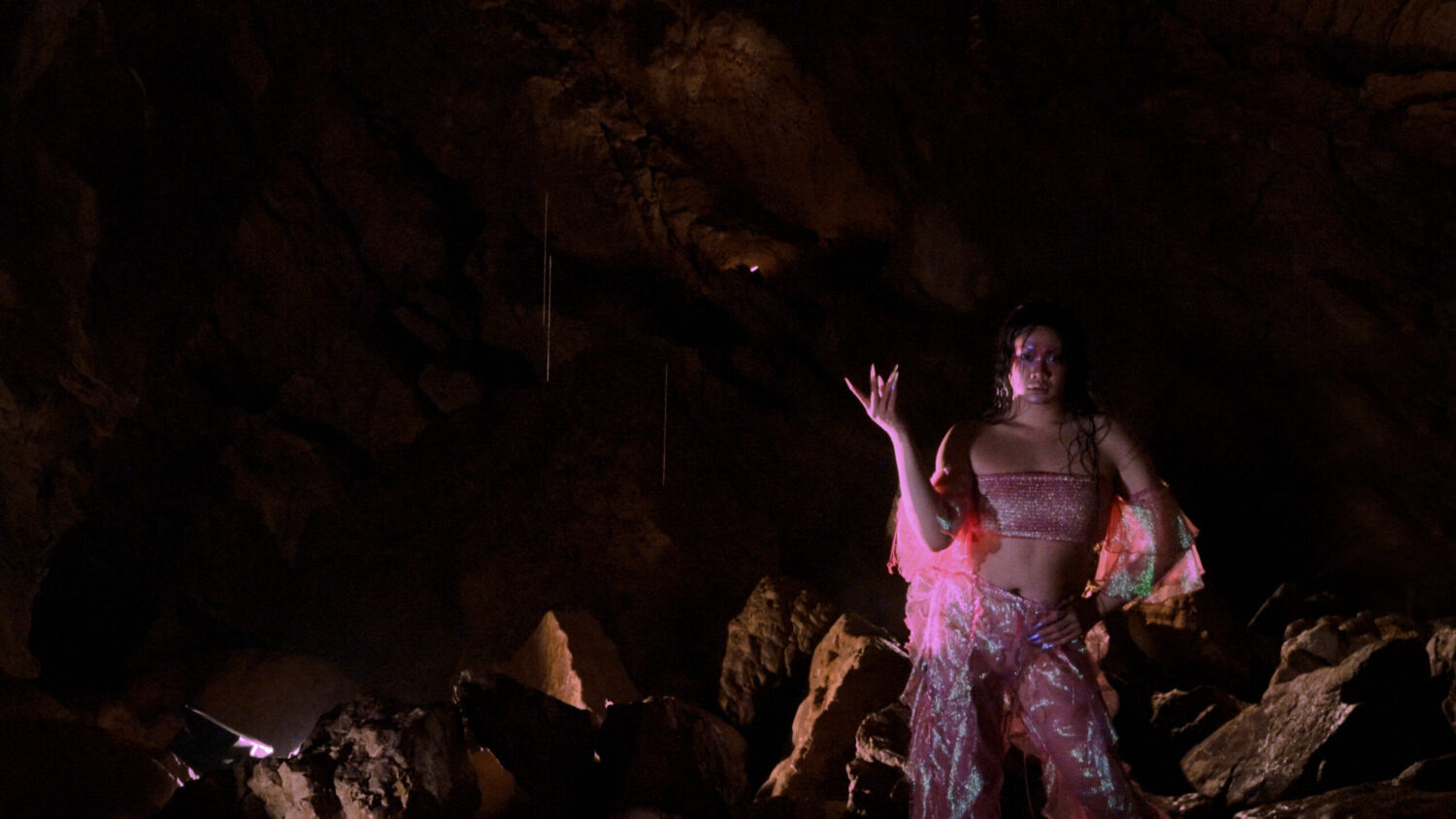 Display is glad to be part of the collective project Baitball, in Polignano a Mare (IT), for it’s second edition between January 17 and March 15 2022. The films “Mutter Nails” by Maëlle Gross, and “Membrane” by Julie Favreau will be presented in the peculiar venue of the Chiesa San Giovanni.

Baitball is a hybrid, a crossbreed between a long-term project art fair and a collectively curated exhibition, it is a shared dimension, a way to live and co-evolve together through differences, dreaming up new worlds to become-with-others. Baitball 02 involves 80 galleries, project spaces, artist-run spaces, collectives, curators and art institutions. Over 300 artists, activists and researchers were called to deal with the metaphorical image of a long table set for an imaginary collective lunch during which unfold
speculations around the concepts of collaboration and self-organization through the act of sharing food and the practices of commensalism and conviviality. Food, and sharing it also stimulates a string of references and connections that range from anthropology to zoology, from religion to the sacred and magic. The very idea of food and nourishment raises urgent questions about the interwoven fabric that covers politics, economics, nature and the structures of power.

“Human influence on the way machines are built will congeal into a settled form, beyond any possible structural intervention. It will become the buried unconscious of the unbound machine.” (F. Campagna, 2021)

Would we raise our machines the same as our own kids? What food would we give them? “What kind of influence does our very own personality have on theirs”?  Fantasies, desires, fears, discriminations or any systemic bias might well gather and be perpetuated through devices making them unwilling vehicles and agents of our own feats and foibles.

During her recent residencies at Rupert (Vilnius) and Very (Berlin), Julie Favreau focused on creating film experiments in which she brings philosophical texts in conversation with voices from her entourage and visual beings. She works them in thin transparent and porous layers that let themselves be infiltrated by each other, like membranes whose limits would fade to finally lose their relevance.

In this overlay of voices and images, a «blob» rises from a natural environment and evokes the emergence of a hybrid element that has integrated artificial intelligence, as well as vegetal and human properties. Here, “A sermon for the parents of young machines”, by Federico Campagna (2021) gives the nutriment for this unidentifiable being, voguing in suspension to the sound of this voice while the film acts as a question on transmission and as a meditation on symbiosis.

“Feminist speculation based on linked quotes. A cultured narrator leads us from the mother-matter, to the end-of-the-world mushroom and a fluid goddess, Diana. Her voguing dance can also be read as an act of combat, with nails as weapons and looks that can kill. Through science fiction, dreaming is an approach used here to drive the practice of modeling narratives, both in the sense of the night dream as a poetic engine, and the dream of another world”. (Raffael Döring, President of the Swiss ArtsAwards)

“In this video, as is often the case in my work, the personal, the intimate is mixed with the political or with societal issues. Here, the narrative is built from the myth of Diana, goddess of procreation but also of hunting, and is fed by a set of references that are dear to me: Anne Tsing, Donna Haraway or Hélène Cixcous. Between personal and fabulous mythology, it is about transformation, hybridization, nature, or rather a certain idea of nature. I wanted to stage bodies and share the emancipating and liberating power of dance. I wanted to talk about forms, surfaces and backgrounds that contaminate, build and change together in a perpetual movement”. (Maëlle Gross)

Julie Favreau is a visual artist and filmmaker from Quebec, based in Berlin. Since 2005, Favreau has been working at the crossroad between choreography and sculpture, mainly via moving image. This, leading her to her actual researches: Favreau’s knowledge of body-contact with the inanimate allows her to study how we can approach artificial intelligence in the field of bio-ethics. Her last film «This Thing», in which a blob was featured, was created and produced with A.I.Ship (Harvard’s Petrie-Flom Center for Health Law Policy,Biotechnology and Bioethics) as well as ETH Zürich-Bioethics – Health Ethics and Policy Lab.

Maëlle Gross was born in 1988 in Lausanne. She holds a Bachelor’s degree in visual arts obtained with honors at the Geneva University of Art and Design (HEAD). In 2015, she obtained her Master in Fine Arts from Goldsmiths University in London. Working primarily with video, performative and installation media, her practice intertwines fact and fiction. With a focus on social conditions, her work focuses on questions of identity, particularly through gender. She showed her piece Strike a pose at the Haus der Kulturen der Welt at the Inter-national Meetings in Berlin. She presented the second part of the collaborative project Going where we come from at the Antigel festival 2018 in Geneva. She is a laureate of the Grant for creation of the city of Geneva in 2016 and selected for the Bourses exhibition organized at the Centre d’Art Contemporain de Genève in September 2018. After the creation at the Théâtre de l’Usine, she will present the performance “THIS IS YOUR CAPTAIN” at Zürich Moves! in April for a duration of six hours. She was nominated for the Swiss Art awards 2019 and the Prix Mobilière 2020. In February 2020, Gross at her first institutional soloshow (HotHeads) at the Kunsthaus Langenthal curated by Raffael Dörig. In 2021, she is a winner of the Swiss Arts Awards. 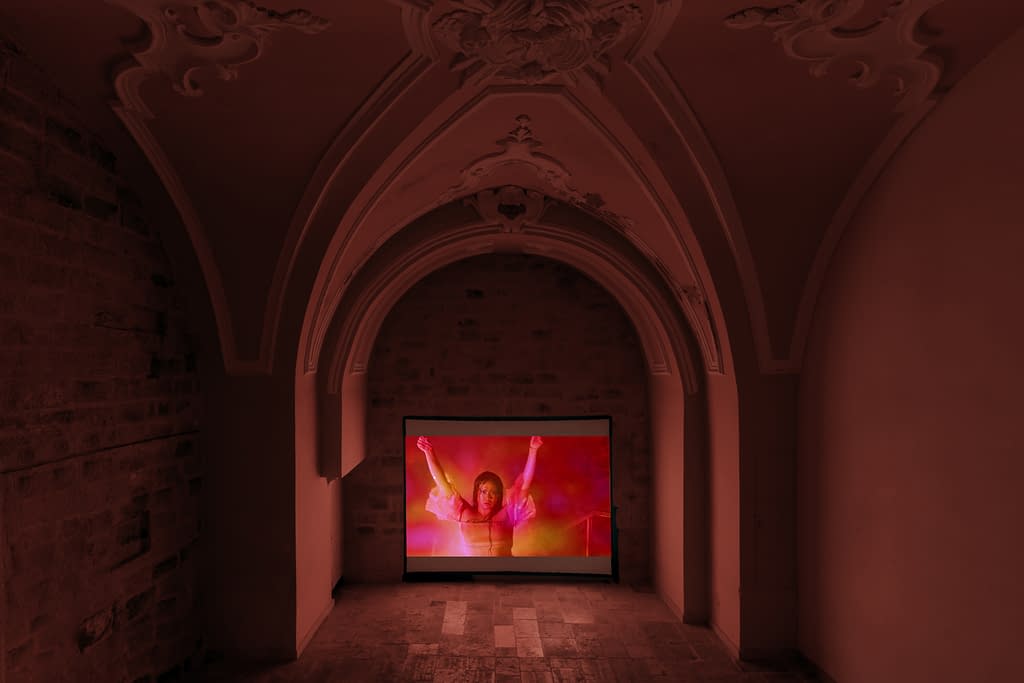 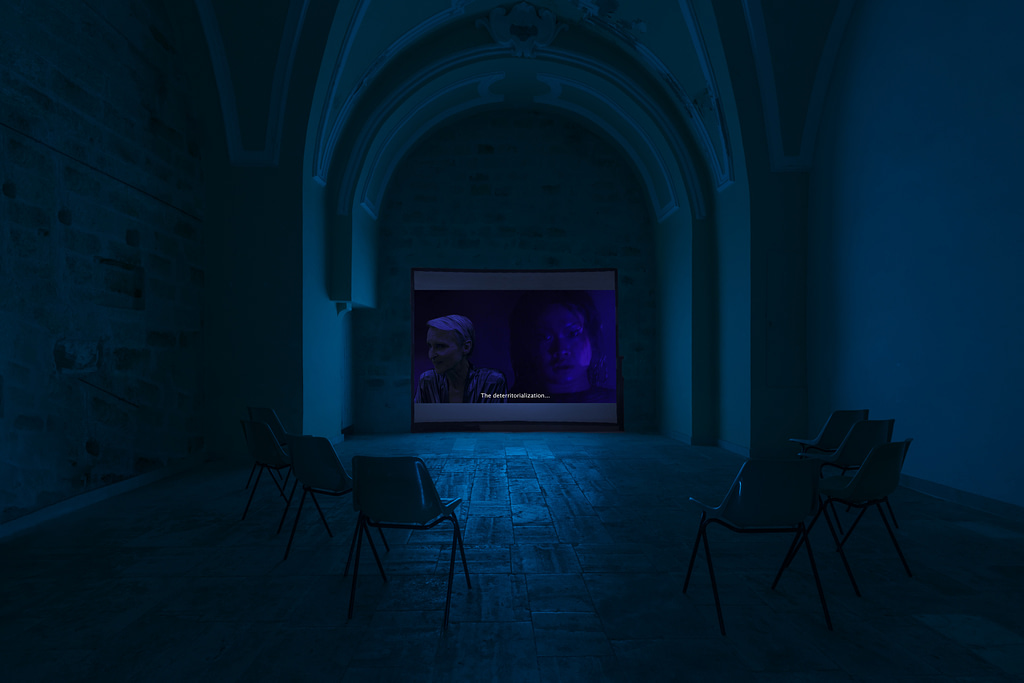 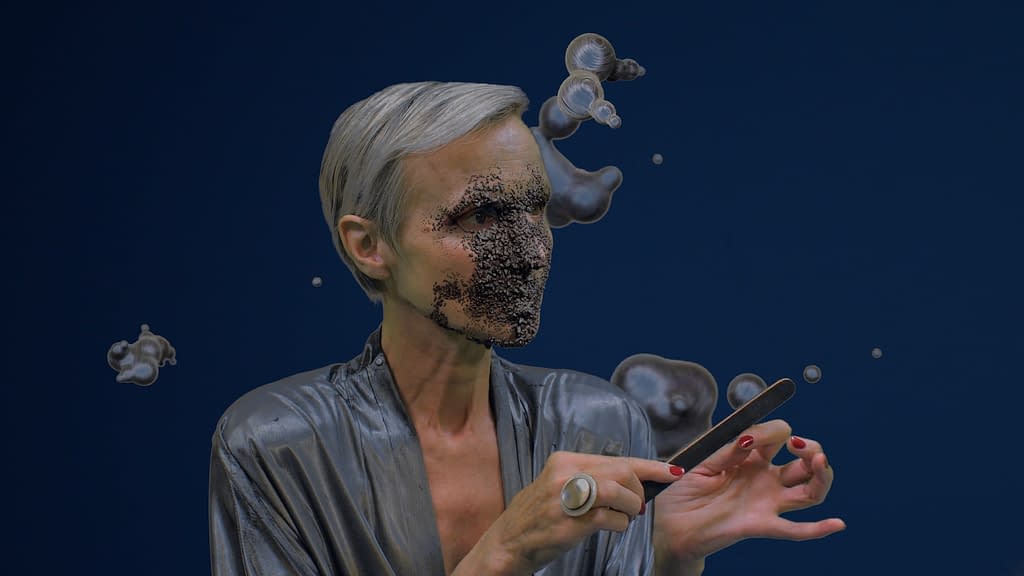 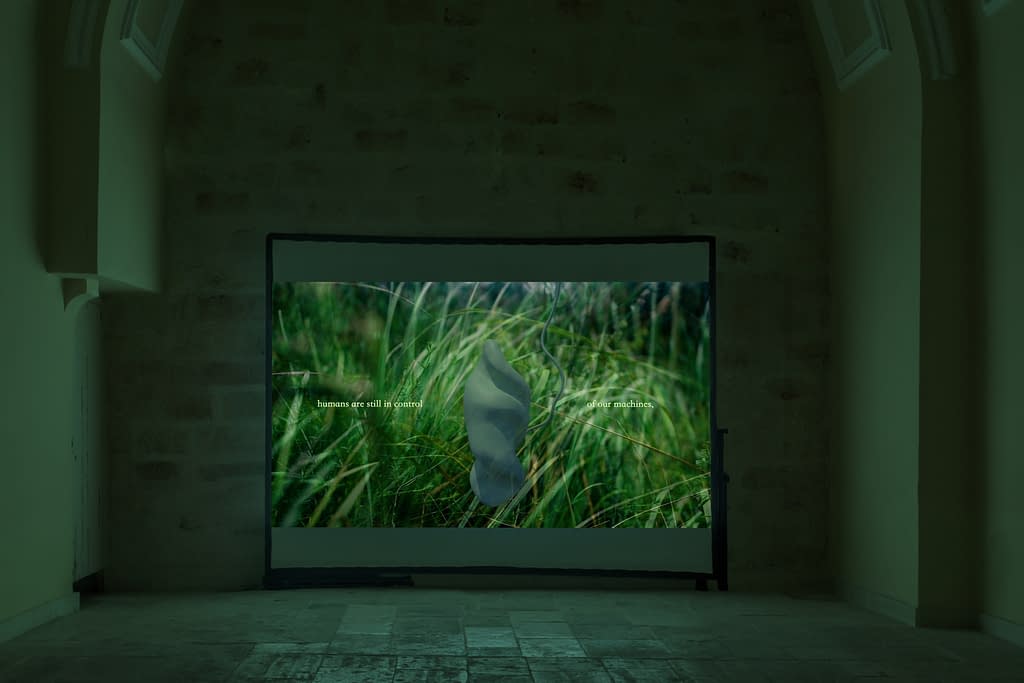 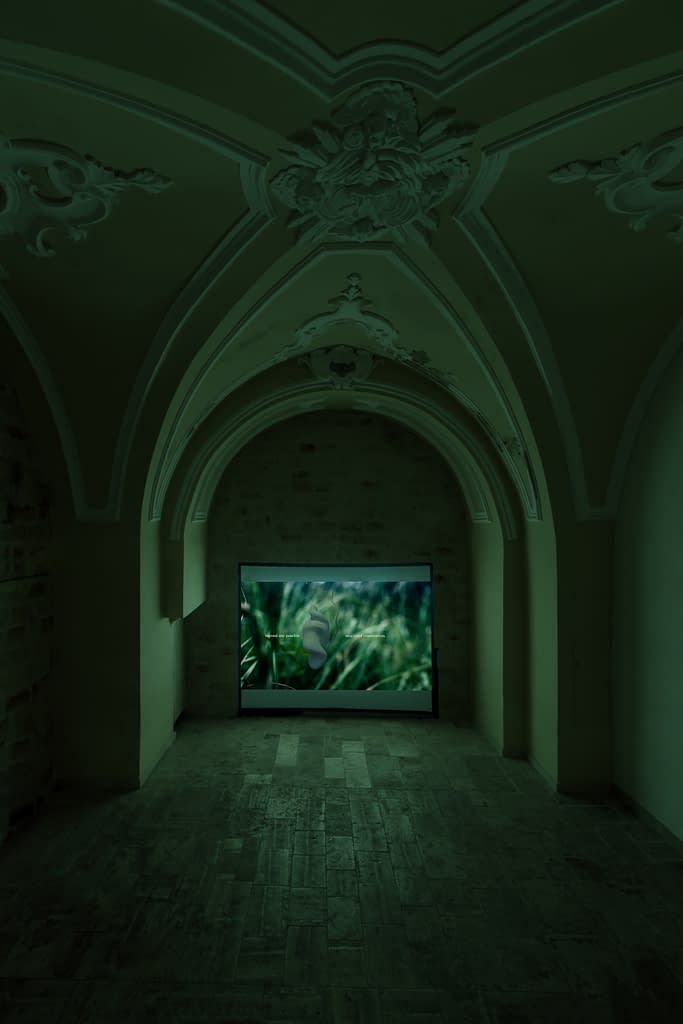