ALL THAT IS IN THIS THING

In continuity with the show “Pinch Your Thumb and Three Fingers”, in 2018, in  Bombay, India and directly following the residency and group show at CAN, Centre d’art de Neuchâtel, Switzerland, “ Cette Question qui vous Brûle les Lèvres”, early 2019, our collaboration with the Bombay-based artist Neha Kudchadkar continues as we feature the exhibition “All That is in This Thing” at Display.

Periodic shedding of an outer skin surface, the molting processes, commonly associated with arthropods or reptiles, is here seized by Neha Kudchadkar. Casting off skin implies also the cast of one’s corporeality, a portrait in hollow; a lining of which all the rags detach and spread to become, each of them, metonymies of a once animated being, once engaged towards other beings and things. They carry information and evoke movement like the polysemic Latin origin of the term might recall. Mutare doesn’t only evoke transformation but also implies motion. The molt remains like a surviving wraith of this relationship being/outside, but once distributed in space, it is joining the circuit of things. Yet unformed, it informs. But what information does it carry and what information does it take away?

The exhibition at Display is based on the idea of a molt data storage with the attempt to translate and dislocate the intrinsic information in space. It lies on the ground, at the own measure of the artist, and arises like an ageless discovery brought to the soil. Its parts seem to spread rumors, reminiscences of ancient and personal memory conserved in the epidermis. Personal information, intimacy? Maybe “it looks like a fog. It is all over sensitive, almost tangible, it forms a heady color, it breathes literally; but never lets itself caught. It’s not an object of the past time (a family memory, for example); it is a place, a survivance (a memory of the air, among other things).” (1)

All the while questioning herself on the uselessness characteristic of information contained and the values we attribute along its circulation, Neha Kudchadkar operates a shift towards a reflection on fragmentation of the self and the large use of our personal data for economic and political purposes in the digital era. This, including phishing, distribution, integration, transfer, manipulation of information. Personal data – at first sight useless for common purposes -,  and their mis/use, management/protection might well be seen as the emblems of the accession of the information society. And what exactly remains? To whom does it really matter? (MDP)

Neha Kudchadkar (*1982, IN) is a visual and performing artist currently based in Mumbai. Her various roles – dancer, ceramicist, researcher, teacher, choreographer, administrator, collaborator – inform one another, broadening her approach as an artist. Neha places herself in her social, political, material, cultural, and physical environment through her work, sometimes playfully, sometimes somberly. She often uses her body as subject, object and as tool of her work. She is a graduate of the Royal College of Art, London, and the Faculty of Fine Arts, M.S.U. Baroda. She is a recipient of the Charles Wallace India Trust Scholarship and the Junior Fellowship, Government of India.

The exhibition is supported by:
Lalit Kala Academy Travel Grant
L’Esquisse
CAN, Centre d’art Neuchâtel, for the production of the featured work Molt, by Neha Kudchadkar, conceived during her art residency, April 2019. 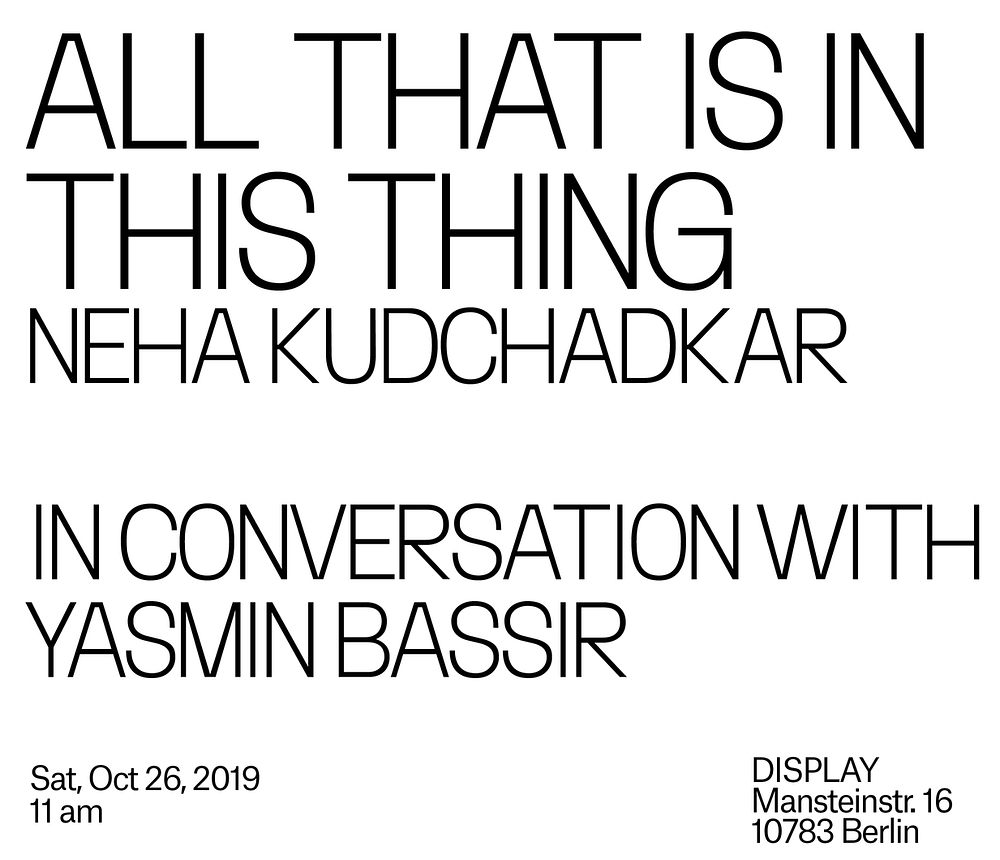 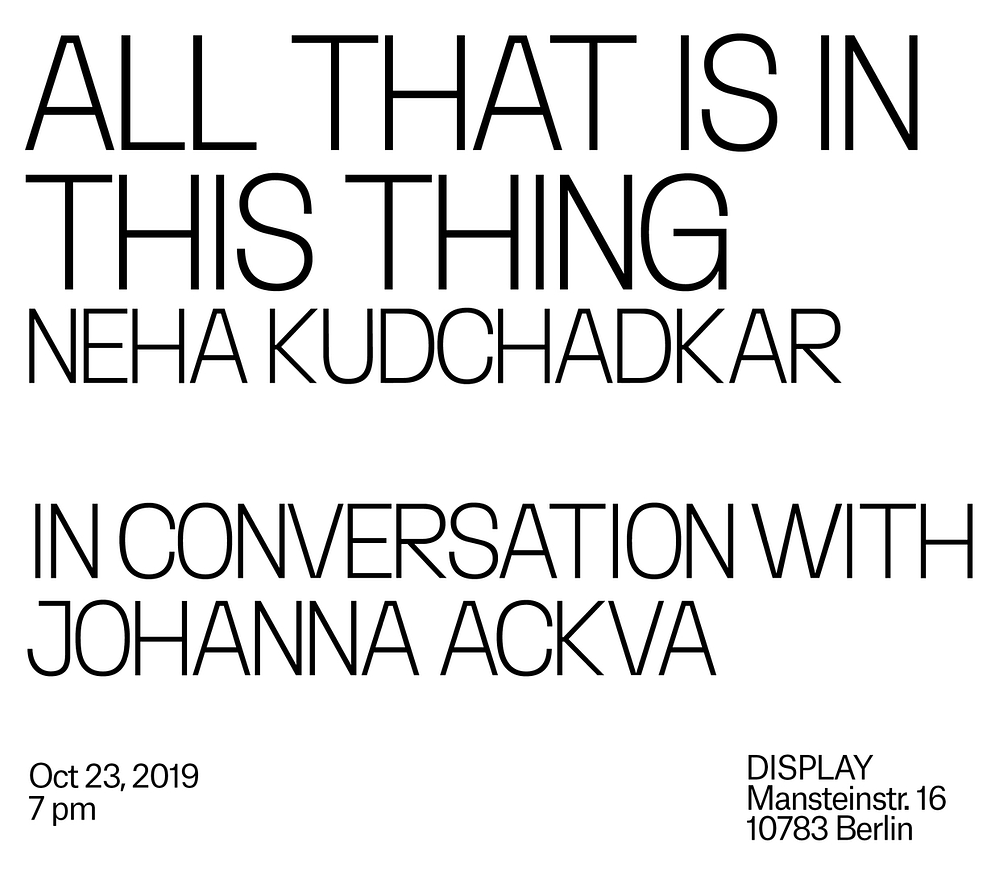